Usury, Troubles you In this World and the Hereafter

Supposed that there was a news about a son who raped his own mother, I believe waves of curses to this culprit who did a very vile act would come massively! Surely no one with straight mind will support this evil deed.

But what about a commercial of a bank which promoted low-interest credit? Will there be denial for that usurious practice? Or will it be considered as a common news, or even get some praises due to the low rate of interest? And contrary to it, a preacher who reminded people of the danger of engaging with bank in such kind of transaction, will be labelled as too strict, extreme, stern, and other bad stigma?

That is a brief picture of many people’s unawareness of the danger possessed by usury. Whereas according to Islam’s perspective, the sin of a son committing adultery with his own mother and devouring usury is equal! The Messenger of Allah – peace and prayer of Allah be upon him- said,

“”Usury consists of seventy three levels. And the lightest of it is as a person who rape his mother.” (Narrated by Al Halim and classed valid by him and Al Albani).

Periods of Prohibition of Usury –

As with intoxication, Allah didn’t prohibit and forbid usury wholly at once, instead, He forbade it through steps that almost resemble the steps to forbid intoxication.

The knowledge about these periods is not intended to change the ruling of usury, as it is clearly forbidden in the Qur’an and the sunnah, also the agreement of all knowledgeable muslims. Instead, it is to recognize the history beneath verses that were revealed regarding usury, and to comprehend the great wisdom and love of Allah Who considered the psychological condition of His slaves, also their readiness to accept His law. And to learn about various standpoints of Qur’an argumentation in prohibiting usury.

The first step, by breaking human’s paradigm that usury will double their wealth

In this first step, Allah the Exalted merely told them that the method they used to double their wealth by practicing usury in its essence is totally nil in Allah’s view – may He be Exalted. Even worse, in macroeconomic perspective, this method caused imbalance of economic system which eventually ended in depression of currency value in the name of inflation. And it in turns will disadvantage them.

The breaking of this paradigm is as Allah revealed in chapter Ar Ruum/The Romans (30): 39, which can be translated as,

“Whatever you pay as interest so that it may increase the wealth of people does not increase in the sight of Allah. As for the Zakat that you give, seeking with it Allah’s good pleasure, that is multiplied manifold.”

2. The second step: Proclamation that usury was forbidden in the past

After breaking the paradigm thar usury could double wealth as explained before, Allah the Exalted then informed that because of the evil of the usurious system, the past people were also forbidden to use it. Even when they were still stubborn to devour it, Allah categorized them as disbeliever and threatened them with grim punishment. The verse that was revealed regarding this information also points out the possibility of prohibition of usury over the muslims, as it was prohibited over the people before them.

Allah the Exalted decreed, which can be translated as,

“Thus, We forbade them many clean things which had earlier been made lawful for them for the wrong-doing of those who became Jews, for their barring many from the Way of Allah, and for their taking interest which had been prohibited to them, and for their consuming the wealth of others wrongfully. As for the unbelievers among them, We have prepared a painful chastisement.” Chapter An-Nisa’/The Women (4): 160-161.

3. The third step: Depiction that usury will yield double transgression

In the third step, Allah the Exalted explained that usury will cause double transgression, for example: the creditor will burden the debtor with interest as a compensation of the postponement of his debt, which will increase over time, moreover if the debtor is unable to pay it off at the due time. Thus, the debtor will be very miserable because of the double-fold of debt. (2)

A thing to be underlined here is, as explained by – among scholars – asy Syaukany in his book of tafseer, is that this verse (that prohibit usury, -ed) doesn’t reveal that the forbidden usury is just the double-fold usury, whereas usury that isn’t multiplied is not forbidden. This is a wrong comprehension which is not intended by the verse. (3)

Allah the Exalted warned us,

“Believers! Do not devour interest, doubled and redoubled, and be mindful of Allah so that you may attain true success,” Chapter Ali Imran/ The Family of Imran (3):130.

4. The fourth step: Prohibition of all kinds and forms of usury

This is the last step of all steps of prohibition of usury. In this step, all kind of activities and social interactions related to usury, whether it is directly or indirectly related, double-fold or not, large or small, all are prohibited and included as major sin.

“Believers! Have fear of Allah and give up all outstanding interest if you do truly believe. But if you fail to do so, then be warned of war from Allah and His Messenger. If you repent even now, you have the right of the return of your capital; neither will you do wrong nor will you be wronged.” Chapter Al-Baqarah/The Cow (2): 278-279.

– The Ill Fate of Devourer of Usury in This world

A thing to remember by every human being is, whenever Islam prohibits an act, it must be containing a fatal flaw or resulted in great danger to its doer, both in this world and in the Hereafter. Even though the act probably contains several benefits, but if it is studied closely, the benefits are nothing compared to the harms it caused.

Many people thought that practicing usury or lending money with interest will benefit them, whereas in fact it wont. The profit that seemingly abundant is just an illusion. Allah the Exalted declared, “Allah deprives interest of all blessing, whereas He blesses charity with growth. Allah loves none who is ungrateful and persists in sin.” Chapter Al-Baqarah/The Cow (2): 276

According to Ibn Katsir in his Tafseer, Deprivation of wealth from usury could be total which leaves nothing to is its owner, or the blessing of the wealth is lost, thus its benefit couldn’t be used.

Among indications of wealth that lost is blessing is when it is consumed, it will cause various diseases, make the heart restless, and the children are naughty and hard to control. When it is used to build a house, it wont be comfortable to live in. And probably Allah will destroy it in a blink of an eye, by sending fire to burn it down or water to drown it, or other calamities.

It is just an example of how small-scaled (privately done) usury could bring negative impact to its devourer. Whereas for the greater impact, I think that the recent economy crisis suffered by the United States is the easier and clearer example.

Many people found it puzzling how the United States which is claimed to have a strong economy and financial system could suffer from a terrible crisis thus the total debt of this country today has hit 15 trillion dollars, as revealed by an economy blog, The Economy Collapse (TEC).

After it is being studied, in fact, the culprit of that crisis is the financial institutions in United States, particularly banks. Of the United States is practicing usury in its economy sector is well known to us. But that is not the only problem. There were negative acts done by banks in America to obtain larger profits. It is related to the endorsement of housing credit.

For an easy example: The clients were supposed to pay the interest of their credit of 200,000 each month. In reality, the bank gave a false waiver to its client by taking the interest only 100,000 each month, but of course the rest 100,000 wasn’t left for free. Even worse, the rest of that interest was included in the main credit. Automatically, the sum of main credit would raise and thus caused the nominal of its interest raised up too. To make it short, this is what we call interest that yield another interest. Undoubtedly, this practice left the clients unable to pay for the installments due to its ever increasing value.

As the result. many clients lost their credited houses. Furthermore, it impacted in the slump of property business in America. Just like a snow ball, this crisis kept on gliding while attracting another crises thus it spread into the Europe continent. A real proof of Allah’s verse, chapter Al Baqarah/The Cow: 276 above.

It shall be enough for mankind to draw valuable lesson from economy crises in Asia, America, and Europe, particularly for us muslims, who have been given the best economy system from Allah. And it is time for us to move from using capitalism or usurious system to Islamic system (shari’a laws). It is done to achieve benefit in this world, and in the Hereafter. (4)

– The Ill Fate of Devourer of Usury in the Hereafter

The paragraph above has just exposed a small part of bad impacts of usury in the world, which is nothing compared to the impact it caused in the Hereafter.

Since the beginning of the resurrection, the devourer of usury will be a very sad sight to see; they’ll be like mad men possessed by satan.

“As for those who devour interest, they behave as the one whom Satan has confounded with his touch. Seized in this state they say: “Buying and selling is but a kind of interest,” even though Allah has made buying and selling lawful, and interest unlawful.” Chapter Al-Baqarah/The Cow (2): 275.

In the rest of the verse, they are threatened with terrible chastisement in Hell:

“Hence, he who receives this admonition from his Lord, and then gives up (dealing in interest), may keep his previous gains, and it will be for Allah to judge him. As for those who revert to it, they are the people of the Fire, and in it shall they abide.” Chapter Al-Baqarah/The Cow (2): 275.

Sunnah of the Prophet -peace and prayer of Allah be upon him- also depicted various kinds of punishment that Allah has provided for people who devour usury.

The Messenger of Allah – peace and prayer of Allah be upon him- told about his ‘visit’ to the Hell:

“We came to a river which water is as red as blood. Suddenly there was a man who swam in it, and on its bank there was a man who gathered a massive amount of stones. Then the swimmer came to the stone-gatherer while opening his mouth and he ate those stones… He (the swimmer) is none other that consumer of usury.” (Narrated by Bukhari no. 7057, from Samurah Ibn Jundub -may Allah be pleased with him.

In another hadith it is told that,

“On the night of Isra’, I came to a group of people whose stomach were as large as a house, and it was filled with snakes. The snakes could be seen from outside. I asked, “Who are they, O Gabriel?”. “They are the devourer of usury”, he replied.” (Narrated by Ibn Maja (No. 2273), from Abu Huraira – may Allah be pleased with him-, and classed as weak hadith by Al Albani.

May this simple article make the muslims realize more of how usury will only bring trouble in this world and in the Hereafter. Thus, lets be haste in abandoning usury! 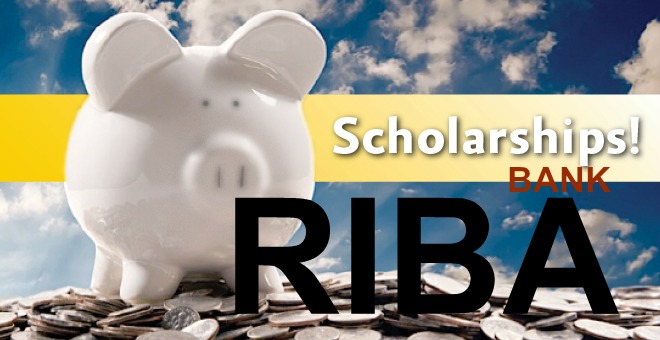 Ruling of Receiving Scholarship from Bank