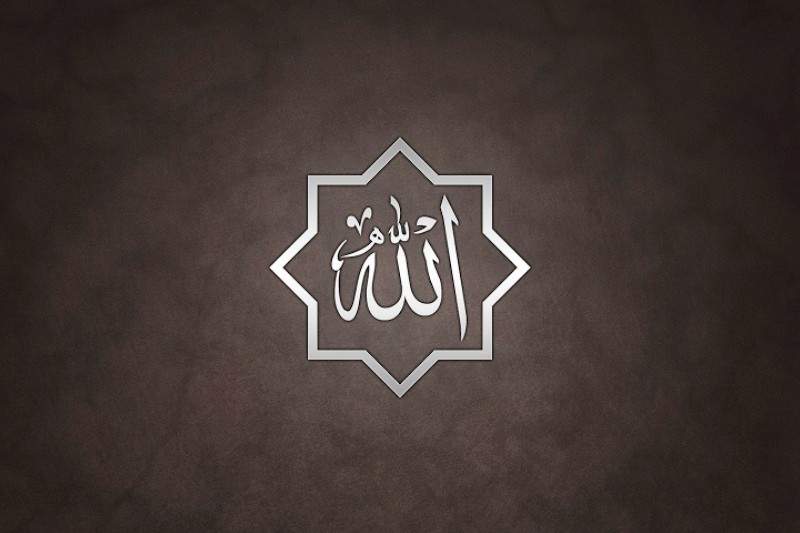 The Beautiful Names of Allaah, and Distortion in It

“Allah has the most excellent names. So call on Him by His names and shun those who distort them. They shall soon be requited for their deeds.” (Al A’rãf/The Height:180)

“O Allaah! Forgive me and Be Gracious with me! Indeed, You are Al Ghafuur  (The Most Forgiving), and Ar-Rahiim (The Most Merciful).

“Accept my repentance, O Tawwaab (One Who Accepts Repentance)!

“Please give me providence, O Bestower of All Provision!

It is narrated from Muqaatil – may Allaah have mercy on him- that he said, “Indeed, in the past, there was a man who prayed to Allaah during his prayer, and he also prayed to Ar-Rahmaan (The Most Merciful). Some of the polytheists of Mecca said, ‘Indeed, Muhammad and his companions stated that they only worship the One Lord. Then why does this person worship two lords?’. Then Allaah revealed this verse.” [2]

The Beautiful Names of Allaah aren’t limited in 99 Names

Many people assume that Allaah only has 99 names, based on a hadith narrated by Abu Hurairah -may Allaah be pleased with him-, in which the Messenger of Allaah -peace and prayer of Allaah be upon him- said,

“Indeed, Allaah has ninety nine names, one hundred minus one. Whosoever able to count or memorize it, will (be rewarded with, -ed) enter the Paradise.”[3]

Whereas Allaah has many other names that we do not know of, and it is hidden in His side. The Messenger of Allaah -peace and prayer of Allaah be upon him- said,

“No one afflicted with anxiety and sorrow, then he prays, ‘O Allaah! I am Your servant, son of Your servant, son of Your maidservant, my forelock is in Your hand, Your command over me is forever executed, and Your decree over me is just. I ask You by every name belonging to You which You named Yourself with, or revealed in Your Book, or You’ve taught to any of Your creation, or You’ve preserved in the knowledge of the unseen with You, that You make the Qur’aan the life of my heart, and the light within my chest, one that chases away my sorrow and anxiety,’ except Allaah will chase away his anxiety and sorrow and replace them with happiness.” [4]

Through This hadith, the Messenger of Allaah clearly states that Allaah the Glorified and Exalted not only has ninety nine names, because there are others that is saved in His side.

Suppose that someone says, “I have IDR 10,000.” Does it mean that he only possesses IDR 10,000? Of course not, and it is possible for him to have more money that the said amount. Likewise, the mentioning of Allah’s ninety nine names in the previous hadith, doesn’t mean that Allaah only has ninety nine names.

Al Qurthubi said, “We’ve mentioned that regarding to the names of Allaah, some of it have been agreed upon by the scholars, and some haven’t. What we inferred from the books of our imams, there are more than two hundred names of Allaah.”[5]

Ibn Katsir said, “Al-Faqîh Al-Imâm Abu Bakr bin Al-‘Arabi, one of the imam of the school of Maliki, wrote in his book, “‘Al-Ahwadzi fî Syarhi At-Tirmidzi’  that some scholars have compiled the names of Allaah from the Qur’and and the Sunnah, with the total of 1000 names. And Allaah knows best.”[6]

The Meaning of ‘Whosoever able to count or memorize it, will (be rewarded with, -ed) enter the Paradise’

The Messenger of Allaah -peace and prayer of Allaaj be upon him said, “Indeed, Allaah has ninety nine names, one hundred minus one. Whosoever able to count or memorize it, will (be rewarded with, -ed) enter the Paradise.”[7]

Ihsha (counting or memorizing the beautiful names of Allaah that is mentioned in the hadith has four levels, namely:

The Ninety-Nine Beautiful Names of Allaah in Hadith

There is no valid hadith found that mentioned or gathered all of the ninety nine names in one hadith, As for a hadith that was narrated in Sunan At Tirmidhi, Mustadrak Al-Hakim and other books of hadith, it is deemed as weak hadith by the scholars.

In his book, after mentioning that hadith that contains the beautiful names of Allaah, At-Tirmidhi himself commented, “This is a gharib hadith..it is narrated with another chain of narrators from the authority of Abu Huraira, and we don’t know, regarding those narrations, one that mentions about these names except this hadith…” [9].

Ibn Katsir said, “What is considered as the standard for the experts in hadith is that the hadith is deemed as mudraj [10].”[11]

Is it Allowed to Name Someone with One of Allaah’s Names?

The beautiful names of Allaah -Glorified and Exalted be He- are divided into two categories, i.e.,

“Indeed, the most despicable name in the side of Allaah is someone who is named Malikul-Amlak (King of kings)… For there is no king but Allaah -the Great and Almighty.”[12]

The Messenger of Allaah -peace and prayer of Allaah be upon him- prohibited his followers to use those names, because in such naming, there is an element of resembling Allaah in His names and characteristics. The prohibition serves to protect tawheed, preserving Allaah’s right, and closing the doors that lead to polytheism in men’s words. It is because it is possible that by naming someone with names that is exclusive for Allaah alone, people will assume that the entity other than Allaah that uses that name also possesses similar characteristics that is in that name. And such belief is categorized as shirk/polytheism.

Malikul-Amlak (King of the kings) is Allaah. No one deserves the name except Allaah. Therefore, the scholars agreed that it is prohibited to use this kind of names to name His creation. [13]

In our country (Indonesia), there are many people who use such names, or are called with these names, such as: Rahmaan, Shamad, Khaaliq, Razzaaq, etc, and there is no doubt that it is prohibited in Islam.

“…is tender and merciful to those that believe.” (At-Tawba/The Repentance: 128)

In the story of Prophet Yusuf -peace be upon him-, Allaah named the current ruler at that time with Al-Aziiz,

Many of the companions of th Prophet also used these names, and the Messenger of Allaah -peace and prayer of Allaah be upon him- didn’t deny their actions. Such as, ‘Ali, Karîm Ibn Al-Hârits Ibn ‘Amr As-suhami, There were at least 10 men named Hakiim, and at least 30 men named Al-Hakam.[14]

However, we should know that the resemblance in name and characteristic between Allaah and His creations doesn’t mean that Allaah resembles His cretions, or similar with them. It is likely for someone to bear the label of Haliim (the patient and serene one), but the patience and serenity that he has isn’t similar to the patience and serenity of Allaah. Allaah possesses perfect characteristics, which has no flaws whatsoever and no rival. [15]

Even though it is allowed to use the names in the second category, it is still suggested to add the names that contain the meaning of worshipping before it, i.e., using the word ‘Abd (عبد) for men, such as ‘Abdul-Haliim, ‘Abdul-Hakiim, etc. [16]

In this hadith, there is ni prohibition to use the name ‘Aziiz, however, the Messenger of Allaah -peace and prayer of Allaah be upon him- changed the name to the better one, i.e., ‘Abdurrahman.

The scholars of tafseer mentioned several meanings of the word, (يُلْحِدُونَ) in the verse above, among which are [18]:

The Forms of Distortion in The Beautiful Names of Allaah

There are five kinds of distortion in the Beautiful names of Allaah, namely [19]:

Advice for All Muslims

It is compulsory for all muslims to know about Allaah the  Glorified and Exalted. One of the way to it is to learn about the beautiful names of Allaah, and His traits that are written in the Qur’an and sunnah of the Prophet. One will never be able to fully and correctly understand about the meaning of each name and trait of Allaah except through comprehending the Arabic language. For example: Ar-Rahmân is interpreted to The Most Gracious and Ar-Rahîm is interepreted to The Most Merciful, however, these interpretations are not totally correct, and indeed, there is no equal or proper words to express its meaning in Indonesian language. Likewise, most of the beautiful names of Allaah and His traits do not have a proper interpetation in Indonesian language. Therefore, we should spare our time to study the Arabic language properly.

May this article bring benefit to us all.

[2] Tafsîr Al-Baghawi (III/306). The author haven’t found any valid narration regarding the reason behind the revelation of this verse. Al Baghawi mentioned the said narration in his tafseer without its narrational chain. The author includes it in this article due to the fact that numerous scholars included it in their books of tafseer, as well as in their books of creed. And Allaah knows best.

[10] i.e., a hadith which contains additional part from its narrator, that is not a part of the hadith itself. Mudraj is a kind of weak hadith.

[16] Some scholars forbade the usage of Allaah’s name in absolute, to name a person, even though the names fall into the second category. This is a weak opinion, however, we should be careful not to use such names to honor the names of Allaah, as the Messenger of Allaah once changed the name of a man who used to be called Abul Hakam, to Abu Syuraih.

What is the Ruling of people who Disgrace Allah and His messenger?