The Month of Muharram and The Virtue of Fasting in It

It is narrated from Abu Huraira -may Allaah be pleased with him- that he said that the Messenger of Allaah -peace and prayer of Allaah be upon him- said, “The best of fasting after Ramadhan fast is the fasting in Allaah’s month, Al-Muharram. And the best prayer after the compulsory prayers is the night prayer.”

Lessons from the Hadith

Among the lessons that is contained in this hadith are:

The Month of Muharram  (الْمُحَرَّم)

Month Muharram is the first month in the Hijra calendar. Prophet Muhammad -peace and prayer of Allaah be upon him- named this month as Syahrullah (the month of Allaah). Therefore, this month indeed possesses a great virtue.

In Arabic language, Al-Muharram means, “the forbidden time”. It means that it is forbidden for us to violate ourselves and commit sin. Allaah the Glorified and Exalted decreed,

“Surely the reckoning of months, in the sight of Allah, is twelve months, laid down in Allah’s decree on the day when He created the heavens and the earth; and out of these months four are sacred.  That is the true ordainment. Do not, therefore, wrong yourselves, with respect to these months. And fight all together against those who associate others with Allah in His Divinity in the manner that they fight against you all together, and know well that Allah is with the God-fearing.” (Chapter At Tawba/The Repentance:36)

It is narrated from Abu Bakra -may Allaah be pleased with him- that the Prophet -peace and prayer of Allaah be upon him- said,

“A year consists of twelve months, among them are four sacred months, three of which are in order; Dzul-Qa’da, Dzul-Hijja and Al-Muharram, as well as Rajab Mudhar, which is between the month of Jumada and Sha’ban.” [2]

In chapter At Tawba above, Allaah the Glorified and Exalted decreed,

“Do not, therefore, wrong yourselves,” since the impact of committing sin during these sacred months is more harmful compared to other months. Qatada -may Allaah have mercy on him- once said,

“Indeed, commiting wrongdoing during the sacred months are worse in terms of misdeed and sin compared to committing it during other than those months. Even though it is grave to commit wrongdoing in any situation, however, Allaah has created certain things to be greater according to His wish.” [3]

Ibn ‘Abbas -may Allaah be pleased with them both- said,

“…. Then Allaah made those as sacred months, increased things that are forbidden in it and weighed the sins heavier in it, as well as making the pious deeds and its rewards greater in it as well.”[4]

Is Battle Unlawful during the Sacred Months?

The scholars have different opinions regarding this matter. Majority of them considered that the prohibition of going into battle during these months has been omitted (naskh), because Allaah the Glorified and Exalted declared,

“But when the sacred months expire  slay those who associate others with Allah in His Divinity wherever you find them; “ (Chapter At Tawb/The Repentance: 5)

It seems that the strongest opinion is the opinion of majority of the scholars, because the Messenger of Allaah -peace and prayer of Allaah be upon him- fought against the residents of Thaif during month Dzul-Qa’dah, on the battle of Hunain. [5]

The Virtue of Fasting On Month Muharram

In Muharram, fasting on the day of ‘Ashura, i.e., the 10th of Muharram is strongly recommended, because the Messenger of Allaah -peace and prayer of Allaah be upon him- said,

“… And the fast on the day of ‘Ashura, I wish that Allaah will erase (the sins committed in) the past year.” [6]

In fact, the fast of ‘Ashura is a kind of fast that had been recognized by the Quraish before the Messenger of Allaah -peace and prayer of Allaah be upon him- was sent to them. They also performed fast during that day. ‘Aisha -may Allaah be pleased with her- said,

“In the past, during the time of ignorance, the Quraish performed fast on the day of ‘Ashura. The Messenger of Allaah -peace and prayer of Allaah be upon him- fast as well. When he emigrated to Medina, he performed fast on it and ordered people to fast. When the Ramadan fast was made compulsory, he abandoned the ‘Ashura fast. Whoever wished may fast, and whoever did not, may abandon it. “[7]

The Virtue of Fasting One Day Before ‘Ashura

Some scholars said that it is also suggested to fast on the day after, i.e., the 11th of Muharram. Some of them argued that the basis of their statement is a hadith from Ibnu ‘Abbas below,

However, this hadith is weak in regards of its chain of narration.

Some scholars also reasoned that if a person fasts on the 9th and 11th of Muharram, it can vanish any doubt regarding whether or not his fast is on the day of ‘Ashura (10th of Muharram) , because it is possible that there is an error in determination of the beginning of the month. It is all the more important today, when many people depends on astronomy in determining the beginning of the month, except on Ramadan, Shawwal, and Dzul-Hijja.

Degrees of ‘Ashura Fast According to the Experts in Fiqh

The scholars have decided on several degrees in fasting on the day of ‘Ashura:

Second degree, fast on the 9th and 10th of Muharram.

Third degree, fast on the 10th and 11th of Muharram.

Fourth degree, fast only on the 10th of Muharram.

Some scholars stated that it is detested to fast only on the 10th of Muharram, because this act resembles the jews. Among the scholars who issued this statement were Ibn ‘Abbas, Imam Ahmad and some scholars from the school of Abu Hanifa.

However, and Allaah knows best, the more correct opinion is that it is alright if a person only fast on the 10th of Muharram, because that was what the Messenger of Allaah did during his life.

Shall We Rejoice or Grieve on the Day of ‘Ashura?

On this day, the muslims perform voluntary fast. But there are some people who  commemorate this day with grieving and mourning, whereas others commemorate it by rejoicing and feasting.

Both grieving and rejoicing are incorrect. People who commemorate ‘Ashura by grieving are those who resemble the Shia, who observe the day of death of Husain Ibn ‘Ali Ibn Abi Thalib, the grandson of Allaah’s messenger -peace and prayer of Allaah be upon him-. Husain -may Allaah be pleased with him- was killed at Karbala’, by people who claimed as his supporters. Then the Shia observe the day as the day of regret and mourning over the death of Husain.

In Iran, the center of Shia propagation, it is a normal view to see men afflict wound on their heads using knives until they bleed, and women hurt their backs with sharp objects.

Likewise, it is a normal scene for them to cry and hit their faces, as a symbol of their grieves over the murder of Husain -may Allaah be pleased with him-.

“It is not from my followers, those who slap their cheeks, rip their clothes, and scream like the people of ignorance.” [10]

To think it carefully, why wouldn’t they do the same on the day of ‘Ali Ibn Abi Thalib’s death, while he was also murdered?

On the other side, there are people who observe the day by rejoicing. They cook and prepare foods in excess, spending more money and celebrate it as if it is ‘eid-al-Fithr.

They reason with a weak hadith,

It is important to know that celebrating the day of ‘Ashura with feast and the like resembles the Jews. They rejoice on that day and appoint it as their ‘eid.

These are some discussions regarding the month of Muharram and the virtue of fasting in it. May we be able to commence this new year of Islam with obedience and piety. And may this article benefit us all. Amin.

[1] Refer to an explanation by As-Suyuthi in “Ad-Dibaj ‘ala Muslim” about the hadith above.

[9] Narrated by Ahmad no. 2153, Al-Baihaqi in As-Sunan Al-Kubra no. 8189 and others. Sheikh Shuhaib and Sheikh Al-Albani ruled this hadith as weak hadith.

[11] Narrated by Ath-Thabrani in Al-Mu’jam Al-Kabir no. 9864 from Abdullah Ibn Mas’ud and Al-Baihaqi in Asy-Syu’ab no. 3513, 3514, and 3515 from ‘Abdullah Ibn Mas’ud, Abu Huraira and Abu Sa’id Al-Khudri. All of those lines of narration are weak and unable to strengthen one another, as explained in detail by  Sheikh Al-Albani in Adh-Dha’ifah no. 6824. 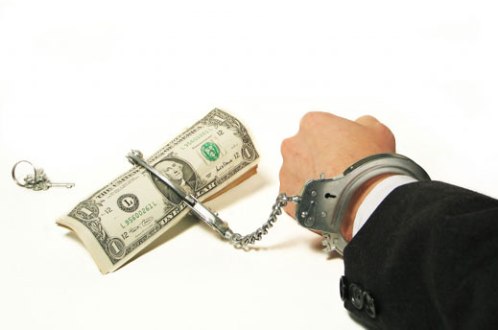 Being Studious in Learning Religion, but Lazy in Working