Is it true that every usury, in any form, must be illegal for both parties involved (creditor and the debtor)? Or it is only illegal for the creditor, and not the debtor? And if so, is it only applied in the need for debt, poor-afflicted condition, or needs is not a requirement to allow debt with additional payment a.k.a usury? If it is allowed for the needy, is it also allowed for those who have non-urgent needs to take credit from bank which transact with an interest of 15% every year, for example, so that he could use the money for business intention, and receive a bigger profit than the interest, 50% for example annually. By this, if he could get 35% result from subtraction of his profit and the interest, as the case above, is the usury still illegal in any case? 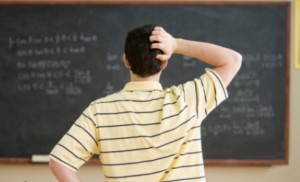 First : Usury is not allowed in any conditions and in any forms. It is illegal for the creditor and the debtor who borrows money from him by interests, either the debtor is poor or rich. Both parties will take sin, even condemned. And condemnation also afflicted upon each helping hands of such transaction, for example the writer (of deal) and the witness. This ruling is based upon the general context of verses and valid narrations which clearly forbid an usury. Allah The Exalted declared,

“Ones who eat (take) usury, they cannot stand but resemble the possessed one due to madness. That is because they said (believe), Verily, trading is similar to usury. Ones whom reached by prohibition of their God, then they stop (from taking the usury), for them of what they had gained (before the prohibition); and their matters (is up) to Allah. But those who repeat (in taking the usury), they are the eternal dwellers of Hell; Allah will extinct usury and double-fold charity. And Allah dislike every one who keeps doing fallacies, and sins.” (Al Baqara/The Cow: 275-276)

A companion of the Prophet, Ubada Ibn Shamit – radhiallaahu ‘anhu/may Allah be pleased with him- narrated from The Prophet Shallallaahu ‘alayh wa Sallam, he (the Prophet) said,

“Gold is (sold) for gold, silver for silver, wheat for wheat, sha’ir (a type of oat) for sha’ir, dates for dates, and salts for salts, (the weight/the measurement) must be similar and (the payment) must be directly exchanged. Whoever add or asks for addition, the he had done usury.” (Recorded by Muslim in his book, Ash Shahih)

“Gold is sold for gold, silver is sold for silver, wheat is sold for wheat, sha’ir (a kind of wheat) is sold for sha’ir, dates is sold for dates, and salts is sold for salts, they must be similar in amount and directly exchanged. Whoever adds or asks for addition, then he had done usury, the taker and the giver is similar in this case.” (Collected by Muslim)

And it was obviously seen, from Jabir Ibn Abdillah – radhiyallaahu ‘anhu– that he once said

“The Apostle Shallallaahu ‘alayh wa Sallam condemned the usurer, the one who give/pay the usury (customer), the writer (his secretary), and also the two witnesses. And he also said, “They are equal in sin’.” (Collected by Muslim).

And paper based money which is widely being used today, is similar in position as gold and silver, as a mean of trading. Hence, the applied ruling of it is also similar to gold and silver. For that reason, for every muslim to feel satisfied with the legal practices and abandon the prohibitions of Allah The Most Glorified. And indeed, Allah has bestowed ease upon The believers, regarding works and jobs in this world, to acquire fortunes. Thus, it is allowed for a poor one to work as an blue-collar employee (coolie) or as an entrepreneur by using other people’s money as his capital, as in mudharaba system (investment) with a contract of profit shares, 50:50 for example, or the like from the profits, and not from the capital, or a certain number from the profit. And whoever prevented from doing any business or work, while he is a poor man, then it is permitted for him to beg for money (as beggar), receive the obligatory charity, and also social guarantee.

Second: It is not allowed for a muslim, whether he is rich or poor, to take credit from bank or other party with interest, either it is 5%, 15%, or more, or less than that. Because that is clearly an usury, and is one of the big sins. And Allah has granted him various ways to acquire legal fortunes as mentioned above, either as an employee of a company, or as a civil servant of legal positions, or as a trader for other people’s capital, through mudharaba system with certain percentage of profit shares, as explained previously.

And Allah is The Giver of Enlightenment, and may every prayers and greetings always be bestowed upon The Prophet, Muhammad, his family, and his devoted companions.