Question: “Due to the laxity of the store, the change that was supposed to be given to the consumer was less than it’s actual amount, and the consumer trusted the cashier so much, he just left the store without checking his change. Since there were big numbers of consumers, the cashier found it hard to remember which consumer had their change lack. What should he do with the rest of that change?

Answer: “The basic ruling for other people’s wealth is forbidden (for others to take) and it should not be used but with the owner’s permission, based on a saying of the Prophet :

“It is unlawful to spend other’s wealth but by his willingness.” (Narrated by Ahmad, from Anas Ibn Malik. It is classed sahih by Al Albani in his work ‘Al Irwa’, hadoth no. 1459 and Shahih al Jami’, hadith no. 7539)

“Indeed, blood, property and honor of the Muslims is forbidden to be disturbed. “ (Narrated by Bukhari and Muslim, from Abu Bakrah)

“It is unlawful for every muslim to violate the blood, wealth, and honor of other muslim.” (Narrated by Muslim, from Abu Huraira)

Hence, the change must be returned to it’s owner and not to be given to store’s employee, since it didn’t belong to the employee nor the store.

If it is impossible to return it, and there is no hope to find it’s real owner, then it should be donated for public interest. And if it is not possible, then the money might be given to the poor, intending that the reward will go to it’s real owner.

If the real owner is finally found, then he must be told about what had happened to his wealth. If after that he insists for his money to be returned, then the money that have been spent should be replaced and the reward (of the alms) will be for one who replace his money. 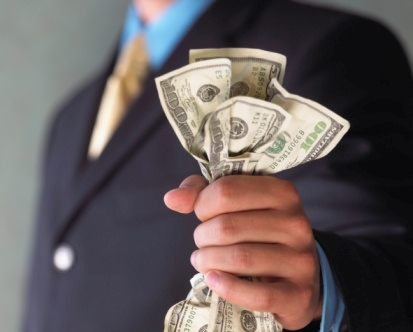