Aqeedah / Success Worldly and Beyond

Sheikh ‘Abdurrahman As-Sa’di said, “Allah the Exalted proclaimed and told the believers that they will be tested upon their wealth, by spending the obligatory and voluntary maintenances and by loosing it in Allah’s Cause (in worship/struggle). (They will also be tested) upon themselves with various major troubles that given to them by many people.

“and you will certainly hear many hurtful things from those who were granted the Book before you, and from those who have associated others with Allah in His Divinity, a lot of troubles that hurt you, of dishonors of yourselves, your religion, holy book, and messenger…Therefore Allah said,” If you remain patient and God-fearing,” it means that if you be patient over whatever you find in your wealth and yourselves, of test, trial, and trouble from the wrongdoer, and you fear Allah amidst that patience, intending to get to see His Face, and be closer to Him,

And you do not pass the limit of patience that the shari’a upholds, of which you are not allowed to just bear it with patience, but to repay what the enemies of Allah do.. “this indeed is a matter of great resolution”, it means that this is a matter of great resolution and people should race to seize it. None will be given guidance to do it except those with strong willpower and great spirit, as Allah the Exalted depicted in His decree, which can be translated as, “But none attains to this except those who are steadfast; none attains to this except those endowed with mighty good fortune.” [2], [3].

The Cause of Revelation of the Verse(Sababun Nuzul)

Some of the Qur’an verses has specific reason as to why it was revealed. This verse was revealed regarding an event happened at the residence of Al-Hârits bin Al-Khazraj (in Medina), before the battle of Badr.

At that time, the muslims were assembling with the polytheists and the jews. Then came the Messenger of Allah –peace and prayer of Allah be upon him- at that place and he greeted them. At the very place was ‘Abdullâh bin Ubai bin Salûl, who said, “Do not pollute us!”

The Messenger of Allah –peace and prayer of Allah be upon him- invited them to Islam and recited the Qur’an to them. But Abdullâh bin Ubai responded, “O man! What you’ve said is not a good thing. If it is true, then don’t bother us with it! Go back to your mount ! Whoever come to you, you could tell him of it!”.

Explanation and Tafseer of the Verse

Test and trial is among the sunnah that is bound to be happened to every muslim. Allah the Glorified and Exalted decreed,

“You will surely be tested of your wealth and yourselves.”

Test is the sunnah that is inevitable for every muslim. It is impossible for a muslim to avoid the test. Therefore, Allah gives two emphasis in this verse through His decree,

( لَتُبْلَوُنَّ ) “You will surely be tested

Al Mufassir (The Expert of Tafseer) Ibn Katsir said, “Allah’s decree, “You will surely be tested of your wealth and yourselves.” Is as His decree, “We shall certainly test you by afflicting you with fear, hunger, loss of properties and lives and fruits. Give glad tidings, then, to those who remain patient; those who when any affliction smites them, they say: “Verily, we belong to Allah, and it is to Him that we are destined to return.” [6] a believer is surely will be tested on his wealth, live, children, and family.” [7]

“When you meet the unbelievers (in battle), smite their necks until you have crushed them, then bind your captives firmly; thereafter (you are entitled to) set them free, either by an act of grace, or against ransom, until the war ends. That is for you to do. If Allah had so willed,He would have Himself exacted retribution from them. (But He did not do so) that He may test some of you by means of others. As for those who are slain in the way of Allah, He shall never let their works go to waste.” (Chapter Muhammad:4)

The Messenger of Allah –peace and prayer of Allah be upon him- also said,

“ By He which my soul in Whose hand! The world will not be gone until after a person pass by a grave and ponder for a long time beside it, and say, ‘Had I been like this owner of the grave in the past, there’s nothing that into his religion but test.” [8]

The Strength of Faith and Degree of Test Always Proportional

The stronger the faith of a person, then Allah’s test for him will be greater. The Messenger of Allah –peace and prayer of Allah be upon him- once was asked by Sa’d Ibn Abi Waqqash –may Allah be pleased with him-

He –peace and prayer of Allah be upon him- also said, :

“Indeed, the greatness of reward depends on the hardness of test. Indeed, if Allah loves certain people, He will test them. Whoever pleases with the test will obtain His please. Whoever detests it will obtain His detest.” [10]

Why does Allah tell us that the test is certain to happen?

There are several lessons that could be inferred from this revelation, among which are:

1. We’ll know that within the test, lies Allah the Exalted’s wisdom. By it, Allah will tell the muslim with true faith from the rest.
2. We’ll know that it is Allah Who preordains it all.
3. We’ll be prepared to face the test, and if we’re able to be patient and to feel at ease in facing it.[11]

The Test is not Limited to The Bad One

“Every living being shall taste death and We shall subject you to ill and good by way of trial, and to Us shall all of you be eventually sent back.” (Chapter Al Anbiyaa’:35)

Sometimes a muslim, when afflicted with calamity and hardship, is able to be patient to bear it. However, when he is tested with overwhelming pleasures, sometimes he is unable to pass the test. ‘Abdurrahman Ibn ‘Auf –may Allah be pleased with him- said,

A test is Allah’s favor

A test that Allah gives is His favor to all human being, particularly for the muslims. Allah the Glorified and Exalted decreed,

“We shall certainly test you until We know those of you who truly strive and remain steadfast, and will ascertain about you.” (Chapter Muhammad:31)

By this test, those with true faith and those who with not could be seen, and this is the favor from Allah. Allah the Glorified and Exalted decreed,

A Test that is harder than (test on) wealth and life

In fact, there’s a test that is harder than test on wealth and life. What is it? Allah the Glorified and Exalted decreed,

“And (also) you’ll truly be tested with hearing from people of Scriptures before you, and from the polytheists, harassment that upsetting the heart.”

From this part of verse, we could answer the question above. The test that is harder than wealth or life is the test on our religion. If we look closely to this verse, we’ll see that Allah has arranged the tests from the lightest to the harder and so on. Test on wealth is lighter than on life. Test on life is easier than test on religion. A person might have plenty of wealth and healthy body, but if he leaves Islam because of the insults from the disbelievers are unbearable for him, then this is a severe damage for him, both in this world and in the hereafter.

Disbelievers will never cease to disturb the muslims

Disturbance from disbelievers, of insults and physical harassment, is something that’ll always exist. Allah the Glorified and Exalted said,

“Out of sheer envy many People of the Book would be glad to turn you back into unbelievers after you have become believers even though the Truth has become clear to them. Nevertheless, forgive and be indulgent towards them until Allah brings forth His decision. Surely Allah is All-Powerful.” (Chapter Al Baqara/The Cow:109)

And He also decreed,

“Never will the Jews be pleased with you, (O Prophet), nor the Christians until you follow their way. Say: “Surely Allah’s guidance, is the true guidance.” Should you follow their desires disregarding the knowledge which has come to you, you shall have no protector or helper against Allah.”

The People of Scriptures is different from the polytheists

From the above verses, we could see that Allah The Exalted differentiated between the people of Scriptures (the jews and christians) and the polytheists. It shows that basically, people of scriptures and polytheists are different. But even though they are different, they still have similarity, that is, in their infidelity. Thus, their place to return in the hereafter is the hell –may Allah protect us from it-.

What Allah teaches us in facing all hardships

Allah doesn’t neglect His slaves. Therefore, He also teaches the muslims how to face the test. Allah the Glorified and Exalted decreed,

“If you are patient and God-fearing, then it is something to be prioritized.”

Facing any kind of hardship shall be done with patience and god-fearing. The ruling of these elements in facing the test is not merely advisable, rather, it is something compulsory for every muslim to do.

At least there are six places inside the Qur’an in which Allah combined between the word patience and god-fearing in a similar context, that is: in chapter Ali ‘Imran verse number 118, 125, and 186, chapter Yusuf (Joseph) in verse number 90, chapter An Nahl (The Bee) verse number 125 to 128, and chapter Thaa ha, verse number 132 [13]. It shows us that patience is closely related to god-fearing.

The Results of Being Patience

A person who managed to be patient in facing all of his tests will receive many praiseworthy things, among which are [14]:

1. He will receive reward as the reward of the people with resoluteness (ulul-‘azm).[15]

2. He will receive a perfect blessing, favor, and guidance from Allah. Allah the Glorified and Exalted decreed, which can be translated as, “Upon them will be the blessings and mercy of their Lord, and it is they who are rightly guided.” (Chapter Al Baqarah/The Cow:157)

4. He will obtain unlimited reward. Allah the Glorified and Exalted decreed, which can be translated as, “Tell them (O Prophet): ” Verily those who persevere shall be granted their reward beyond all reckoning.” (Chapter Az Zumar/The Troops:10)

5. Allah the Exalted will forgive his sins. The Messenger of Allah –peace and prayer of Allah be upon him- said,

A slave will always be tested, until Allah lets him walk upon the earth without any sin.” [16]

Likewise, ad da’wa must be full with tests

The (who calls and enjoins people to Islam, -ed) are the successor of the Prophet –peace and prayer of Allah be upon him-. They are people who will be tested with hardest test. Therefore, they are supposed to have knowledge, perform righteous deed, and call people to Islam. They are not just tested with the lack of wealth, tiredness, etc, but also with insult, ridicule, and slander, from muslims themselves and from the disbelievers. Among those preachers, there are people who are able to be patient to face it and continue to enjoin among people, but there are also those who can’t be patient and thus seek for quiet place to avoid people. The preachers who are able to be patient in facing people’s disturbance is better than those who aren’t. The Messenger of Allah –peace and prayer of Allah be upon him- said,

The conclusion and morals of the verses:

1. The test in wealth, life, and religion is sunnah that is bound to happen (Allah’s will that’ll certainly happen) to every muslim.
2. The disbelievers will always disturb the muslims, with their words or act.
3. Allah orders the muslims to be patient and fear Him in order to face all of those tests. 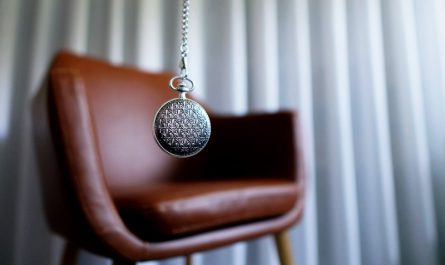 Question and Answer: Ruling of Hypnotism