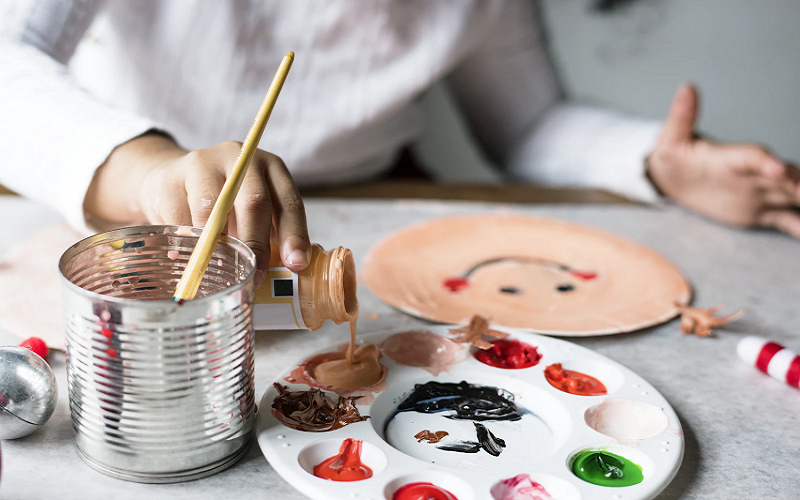 20. Train him to use his wealth properly according to his needs, and get him used to save it and avoid extravagant lifestyle

Parent should pay a close attention to this point, because wealth is something that Allah entrusted and therefore should be kept and use wisely. This training is not exclusive for the rich, even the poor should train their child to do it. How many child who was poor, and when they grow older and become rich, spend their money carelessly? Whereas we all know that spending money carelessly is not allowed in Islam.

“Indeed, Allah loathes for you to do three things: saying, “Some said…some said..”(gossiping), wasting (your) wealth, and too much questioning.” [1]

One of the mistakes in educating children is to give them anything they want without taking heed of the benefit and the use of their request. This practice would unconsciously lead to a child becoming a spender and thus unable to use his wealth wisely.

A child should also be accustomed to saving. It should be explained to him about the importance of saving for his future. By that, a child will be able to maintain and use his wealth in future, by Allah’s permission.

21. Motivate him to live independently, confidently, and avoid being dependent to others when he reaches maturity

Many parent are being negligent of these things. They do not educate their child to live independently. A common example that we could see is the dependence of children who have graduated from senior high school or its equivalent to their parents. While in the past, it was an ignominy for children at that age if they couldn’t live on his own or help their parents.

Look how the companions had trained their children to be independent of others, even though they were still small kids.

It is also important to build a child’s confidence. Confidence is very important for his development and usefulness to other people. An insecure child will always looked lagging, different from those with confidence. A common example in our society is the lack of courage to speak in public and convey ideas. There are very small numbers of people who are bold enough to speak in public, compared to those who aren’t.

22. Educate him about the importance of da’wa (enjoin) and to be useful people to others

In chapter Al ‘Ashr, Allah mentioned how every single human being is at loss, except for four kinds of human; the faithful, the ones who do righteous deed, the ones who advise one another with goodness, and with patience. Therefore, parent should teach their child about the importance of enjoining people to do good and to be useful to other, in order to avoid being at loss.

“The most beloved people to Allah is the most useful to mankind.“[4]

Allah the Glorified and Exalted recounted the speech of Isa (Jesus) -peace be upon him- :

“and has blessed me wherever I might be and has enjoined upon me Prayer and Zakah (purifying alms) as long as I live;” (Chapter Maryam/Mary:31)

One of the interpretations for this verse, as quoted by Ibn Katsir -may Allah have mercy on him- in his book of tafseer is, “Being blessed means by commanding people to do good and prohibiting them from committing evildoing.”

What a pleasure for any parent to find their child being blessed by propagating goodness to others.

23. Advise him to always be tough and patience in enduring all kind of trials

Lets see how Luqman Al Hakim advised his to be patient, and how Allah the Exalted had eternalized his words in the Qur’an:

“Son, establish Prayer, enjoin all that is good and forbid all that is evil, and endure with patience whatever affliction befalls you. Surely these have been emphatically enjoined. “ (Chapter Luqman:17)

24. Protect his chastity by marrying him off when he needs and is able to marry

In our time today, Children who have reached maturity are faced with many kinds of ordeals, particularly of women. Only a few of them that could survive from this ordeal. Even if they are able to survive from adultery, they are unable to escape the ordeal of lust on their eyes and hearts. Thus it is inappropriate for parent to let their child being sinful from time to time.

Most of the time parents are too focused on society’s opinion that necessitate a child to study until the highest level or until he works and owns stabile income, hence the large number of young man and woman who aren’t married yet although they’ve reached the decent age to marry.

If we reevaluate that society perception, we’ll see that most of the parental worries are merely regarded the worldly aspects. Only a handful of them that care about their children’s afterlife. Don’t they believe that Allah is The One Who controls every person’s sustenance?

Ibn Qudama said, ” it is compulsory for a father to maintain the chastity of his child, when his child needs it. This stance is the obvious one according to the school of Shafii..” [5]

By looking through those points, we are able to see the beauties of Islam in regulating the relationship between parents and their children. Islam is already complete, and perfect. However, many of the muslims refuse to learn Islam, and choose to take guidances from religion other than Islam, or novel studies regarding children education, of which there are some that still need to be filtered, whether it goes along with Islam or not.

May this article benefits us all. Amin

[2] Narrated by Abu Ya’la in his work “Musnad” no. 1467 and Ath-Thabrani , Al-Hafidzh Al-Haitsami said, “The narrators of both chain are trustworthy”. (Majma’ Az-Zawaid book IX page. 466)

[3] Narrated by Ahmad in his work “Musnad”no. 666. Sheikh Syu’aib Al-Arnauth said, “The narration is valid, the narrators are trustworthy and narrators of the two sheikh except for Haritsah bin Mudharrib.” (Al-Musnad, Published by Muassasah Ar-Risalah: Beirut)