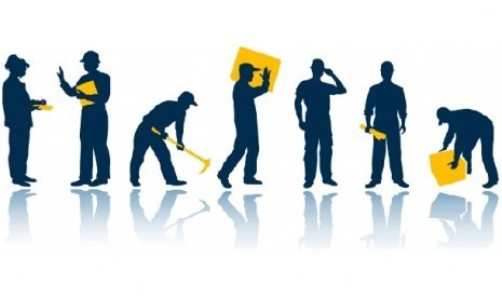 There are two characters that determine the work ethic potency of an employee; professionalism and trustworthiness in carrying out the task given. If you couldn’t find these two characters in an employee-to-be, then which character or type should you prefer?

Having a professional and trustworthy employee is the dream of every businessman. In his hand, the company could advance rapidly and yield multiple of profits. Below are the characters of an employee that you should recruit, as told by the daughter of Shuhaib -may Allah have mercy upon him-, in one of Allah’s decree, which can be translated as,

“One of the two women said: “Father, employ this man in your service. The best whom you might employ is he who is strong and trustworthy.” (QS. Al-Qashas/The Stories: 26)

But the reality is always harder to face than any dreams. Getting a professional employee, insha Allah, is an easy thing, but not necessarily trustworthy. Getting a trustworthy employee is also not a very difficult task, but unfortunately, how scarce are the professionals among them.

Which one should you choose?

It is often that you have to choose, between recruiting a professional but untrustworthy employee, or a trustworthy but unprofessional one? Being in the central of this dilemma certainly would put you through hard times. Moreover, you realize that a mistake in recruitment could cost you your business.

Brother! Know that the sunnatullah (the divine ordainment) has been decided, that such perfect man with both the qualities of being professional and trustworthy is rare. Ibn Taimiyya said, “Ability and trustworthy are rarely found in one person.” (See: As-Siyasah As-Syar’iyah, page. 15)

Know, O Brother, that such condition is not a new phenomenon, but it has been there since the dawn of time. Umar Ibn Khatthab even said, “O Allah, only to You that I denounce about the perseverance of the evil men and the weakness of the trustworthy men.”

Therefore, you have to be smart to minimize your loss and maximize your profit making the right choice on every post of job that you’re going to assign someone in.

Ibn Taimiyya explained that, “If in a post of job there are two choices:

Then the choice should fall on the person who will be useful most, who suits the job most, and who possess the least risk.

For example, the post of a leader in battle should be given to a strong and courageous man, even though his degree of piety is less than the weak and cowardly man, although he is highly trustworthy.

If a work post needs more of trust, then a trustworthy man should be chosen. For example, the job of treasurer and the like. As for the job of collector and guard of wealth (such as a cashier), the chosen one should fulfill both criteria above. Hence, a tough employee, with his bravery would manage to collect the wealth, and with his trustworthiness and experience would be able to guard the wealth.” (See: As-Siyasah As-Syar’iyah, pages 15- 17)

Build the Trustworthiness and Reliability of Your Employee

Building the work ethic of employees is one of the wise attitude that you should do, and by doing it, the working result of your employees will be more optimum and thus your profit will soar. But what is the trick to enhance the productivity or ability of your employees, in terms of production and trustworthiness?

I’m sure that To a businessman, tips and tricks to enhance the employees productivity are not a new thing. But what possibly is a new thing for you is the right tips to build trustworthiness in your employee?

Imam Ibn Taimiyya once gave a simple yet effective trick to build the trustworthiness of an employee. He said, “Trustworthiness achieved due to three things: (1) Fear of Allah. (2). Not selling Allah’s verses (the truth) with wealth, and (3). Fear not of the human beings. These three things are the stipulations that Allah has burdened on every judge that decide fairness among men. Allah declared inside the Qur’an, which can be translated as, “So, (O Jews), do not fear human beings but fear Me, and do not barter away My signs for a trivial gain. Those who do not judge by what Allah has revealed are indeed the unbelievers.” (See: “As-Siyasah As-Syar’iyah”, page 13)

By realizing the three things that Sheikh al Islam Ibn Taimiyya have mentioned above, that means that you’ve realized high self-awareness among your employees. The high awareness that comes from the faith in Allah, The All-seeing, All-Hearing, will make your employees feel that they are always being watched, even though they are far from your control.

Your employees will realize wholeheartedly the values of their faith in order to realize always that their every single deed will surely be written and counted in front of Allah. No matter how small their deed is, and how smart they are in concealing an evil doing, they certainly must be responsible of it in front of Allah. Therefore, the Messenger of Allah -peace and prayer of Allah be upon him- had related between trustworthiness and faith, saying, “Not a faithful people who can not fulfill the trust, and not a religious person who does not keep his promises. ” (Narrated by Ahmad and other scholars).

Umar Ibn Khatthab also shared similar view, “Don’t be fooled by the prayer and fast of a man. Whoever wants to perform prayer and fast, certainly will be able to do it. But know that a man who can’t fulfill a mandate, is not acknowledged as a religious man.” (Narrated by Baihaqi and others).

Therefore, as you hold work trainings for your employee, you should hold trainings of trustworthiness for them. By this, it is hoped that your employees’ working ethic will soar, as with your profit.

Hopefully this writing is useful to elevate the productivity and trustworthiness of your employees. And Allah knows best.