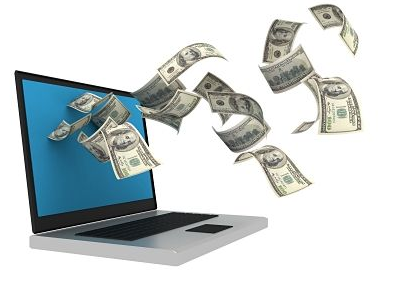 The stories of the excellences of the past scholars will never be run out to tell. Including the best of their ways in motivating themselves to increase their obedience to Allah the Exalted. We should take examples from them because man’s soul would be easier to take a real story as their role model and that would motivate them to perform righteous deeds and be haste in goodness (1). Imam Abu Hanifah said, “The (exemplary) stories of the scholars and sit following their lesson is dearer to me than most of the law (problems), because the stories contain their manners and attitudes (to be followed).” (2)

Our role model in this occasion is Abdullah Ibn Mubarak Al Marwazi (died in 181 H). A grand, well known Imam from the generation of Atbaut tabeen (a generation after the tabeen), trustworthy and conscientious in narrating hadith from the Messenger of Allah -peace and prayer of Allah be upon him-. He has many excellences and praiseworthy qualities. Imam Ibn Hajar Al Asqalani said, “He is a trustworthy, very precise (in narrating hadith), the possessor of very deep knowledge and comprehension, very generous and (often) went to the holy war (in Allah’s cause), he has (all) benevolent attitudes gathered in him.” (4)

Among the great excellence of him mentioned in his biography, is when a grand Imam of his time, Fudhail Ibn ‘Iyadh said to him, “You order us to live in asceticism, not being excessive and modest (in worldly affairs), but we see you export goods from Khurasan to The Holy land of Mecca (to be sold), what is this?” . Abdullah Ibn Mubarak answered, “Indeed, I did that just to protect my face (from the humble state of begging), ennoble my dignity (not to be the burden of others), and use it all to aid me in obeying Allah.” Fudhail Ibn ‘Iyadh said, “O Abdullah Ibn Mubarak, what a noble goal of that if everything is really proven. ” (5)

In fact, his words were truly proven. He was famously generous, aided the poor with great amount of charity every year, and paid all the logistics of people who performed pilgrimage to Mecca with him. (7)

There are some valuable lessons that we could infer from this story.

“Prophet Zachary -peace be upon him- was a carpenter.” (9)

Thirdly, a lawful business in seeking sustenance doesn’t contradict the asceticism, as long as it doesn’t cause man to be negligent from remembering Allah the Exalted. Allah decreed, praising His pious slaves, which can be translated as,

“people whom neither commerce nor striving after profit diverts them from remembering Allah, from establishing Prayer, and from paying Zakat; people who dread the Day on which all hearts will be overturned and eyes will be petrified;” (chapter An Nur/The Light:37).

Imam Ibn Katsir said, “They are those who neither wealth and worldly adornments, nor the delight of business and earning (big) profits divert them from remembering their Lord (Allah the Exalted), The Creator, and Giver of their sustenances, they are those who believe that the reward of goodness in Allah’s side is better and more excellent than the wealth they possess, because what they get in their hands will perish, whereas the rewards in Allah’s side is eternal.” (10)

Fourthly, working in a lawful business, although being undermined by some people, is better and nobler than begging and becoming burden of others (11). The Messenger of Allah -peace and prayer of Allah be upon him- said,

“Indeed, if one of you took a rope, then went to the mountain (to seek some fire woods), after that he went home bringing a bulk if fire woods on his back and then sold it, thus he could maintain his face (dignity), is better than he went begging to men, in which he might be given thing, or rejected,” (12)

Fifthly, the high state of ‘iffah (a quality of maintaining dignity from begging to people) and the deplorable state of begging and becoming a burden for others. This was the noble quality of the Messenger of Allah’s companions, as in Allah’s verse, which can be translated as,

“(Spend to) Those needy ones who are wholly wrapped up in the cause of Allah, and who are hindered from moving about the earth in search of their livelihood, especially deserve help. He who is unaware of their circumstances supposes them to be wealthy because of their dignified bearing, but you will know them by their countenance, although they do not go about begging of people with importunity.” (chapter Al Baqarah/The Cow:273)

Sixthly, the excellence of lawful trading, and this is a an occupation which was dear to and suggested by The Messenger of Allah -peace and prayer of Allah be upon him- and his companions -may Allah be pleased with them all- , as mentioned in a valid hadith .(13) As for the hadith saying, “Nine out of ten parts of sustenance are from trading”, it is a weak hadith, as explained by Sheikh Al Albani. (14)

May this bring goodness for all who read it.