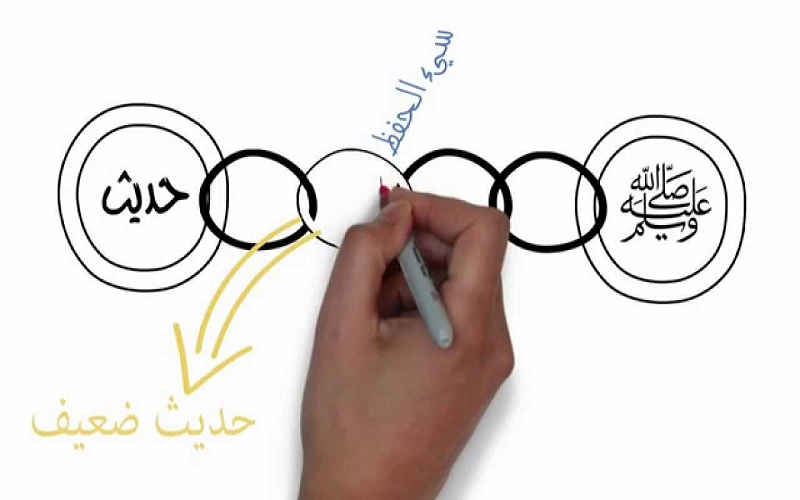 Ruling of Narrating A Fake Hadith

Explanation of the Hadith

The hadith is a sound and well-known one, as explained by Imam Muslim in the introductory part of his compilation of sound hadith.

It is narrated by several companions of the prophet:

The first redaction is from the narration of Imam Muslim and others, and the second one (man rawa ‘anni) is narrated by other than Muslim. Tirmidhi said: it is a good and/sound hadith.

Redaction of the Hadith

Regarding the word “Yara”, there are two valid narrations:

1. It is read as “yura”, with the letter “ya” is read as “yu”, which means “assumption”, and the translation would be: He assumed (he thought). It means that he is barely assuming the hadith as a false one, yet he still narrated it, then he is among the people who receive the threat of the Prophet –peace and prayer of Allah be upon him- as we’ve written above.
2. It is read as “yara” , with the letter is read as “ya”, which means “yu’lamu” or he knows. It means that he knew about the falsity of the hadith, whether he knew it by himself since he was an expert in hadith, or he was told by the scholars who are the expert in hadith, then he still narrated/spread it without giving any explanation of its falsity, then he is included in the group of those who lie about the hadith of the Prophet –peace and prayer of Allah be upon him- “

Likewise, the word “alkadzibiina” has two different ways to read:

The word “al kadzibiina” with the letter “ba” is read as “bi”, which means it comes with plural meaning. The translation would be: the liars.

The word “al kadzibayna” with the letter “ba” is read as “ba” which means two persons. The translation would be: two liars. (See: Syarah Muslim : 1/64-65 Imam Nawawi]

“that he thinks/assumes”, which means its barely his assumption, and he is not certain yet, (or he knows), whether he is an expert of hadith or is lectured by an expert in hadith (that the hadith is in fact false) , then he narrates it without explaining the falsity if the hadith, then he is one of the liars (in one redaction: two liars).” Which means the one who makes a false hadith and spreads it himself.

In his explanation of this hadith in his book, “Adl-Dlu’afaa” (1/7-8), Imam Ibn Hibban said, “in the hadith, there is an indication that justifies what we’ve explained earlier, that the person who conveys a hadith, if he narrates anything that didn’t validly come from the Prophet -peace and prayer of Allah be upon him-, anything that people made up using his name – peace and prayer of Allah be upon him- whereas he knows about it, indeed, he is included as one of the two liars.”

Moreover, the textual meaning of the hadith is basically harsher, since the Prophet said, “Whoever recounts from me (in another hadith: narrates from me) a hadith that he thinks (in one redaction: that he knows) the hadith is in fact a lie/false hadith” .

He didn’t say that the person believes that the hadith is fake (which means that it is merely his assumption). Therefore, everyone who is in doubt whether anything that he affiliates directly to the Prophet –peace and prayer of Allah be upon him- is valid or not, is included in the context of the hadith.” (Refer to Nawawy ‘s explanation on the second problem).

I ( Abdul Hakim bin Amir Abdat) say, : the hadith contains several rules and wisdoms that are important to be known:

Based on this sound hadith, and the hadith that we’ve mentioned earlier the the second problem, our scholars have reached a consensus regarding the prohibition of narrating false hadith – thus it is one of the major sins- if the narrator knows about it, without giving any explanation regarding its falsity. The said consensus becomes an argumentation to declare the mistake of anyone who is against it. (Refer to: Syarah Nukhbatul Fikr (page : 84-85). Al-Qaulul Badi’ fish-shalati ‘Alal Habibisy Syafi'(page : 259 in the end of the book written by Imam As-Sakhawi). Ikhtisar Ibnu Katsir with the explanation of SheikhAhmad Syakir (page : 78 & 81) Qawaa’idut Tahdist (page : 150, written by Imam Al-Qaasimiy).

Likewise, a person narrates a hadith that he merely assumes that the hadith is a false one, or he doubts about its falsity of validity, according to the context of the hadith and the principle of Imam Ibn Hibban (and other scholars), he is one of the two liars. In one of the his explanations of this hadith in his book “Musykilul Atsar” (1/176), Imam Ath Thahawy said, “whoever tells a hadith from the Messenger of Allah –peace and prayer of Allah be upon him- based on assumption, it means that he has narrated from him unrightfully, and whoever narrates a hadith unrightfully is certainly becomes one of the liars that is under the threat of the Prophet’s saying –peace and prayer of Allah be upon him-, “Whoever lies deliberately upon my name, he should prepare his place in the Hell.” (Please refer to the hadith concerning this matter in the second problem).

It is compulsory to explain about the false hadith, and exposing the weakness of the liars and the forgetful among the narrators in order to clean and defend the Messengers’s name –peace and prayer of Allah be upon him. And this hard task is carried by the scholars that are the experts in hadith, as the saved group.

Likewise, the. Experts in hadith is responsible for conducting research and evaluation of narrations and classifying the grades of the hadith, which are the valid and which are not.

It also shows us that a person should not tell a hadith of the Messengerof Allah – peace and prayerr of Allah be upon him- except that he is a trustworthy person and expert in hadith.

It shows is that if a hadith has been justified that it truly comes from Allah’s messenger –peace and prayer of Allah be upon him -, be it mutawatir or ahad, it could be the indication in creed, law, and other aspect of life. That is the belief of ahl sunnah wal jama

Even if today there is no more people who falsify hadith (although there is still a chance for it to happen), but not a few among our muslims brothers that narrate the wrong and false hadith, and thus, those false hadith are spread through the pulpit, lessons, and writings inside books and magazines and that many of it bring destruction to muslim society. Innaa lillahi wa inna ilaihi raaji’un !

May the above hadith, and the ones mentioned the in the second problem could help as a warning and a lesson for us, to be more cautious in affiliating something to the Messenger of Allah –peace and prayer of Allah be upon him-.

Explanation of Hadith from Jabir regarding the Prophet’s Offering