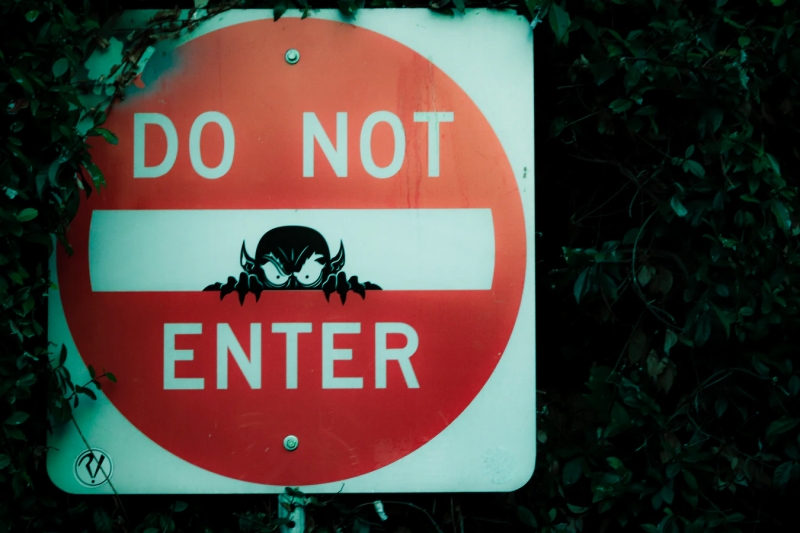 The Trick of Satan in Exposing the Women

In his effort to lure human being into his trap, satan utilizes a lot of strategy, and the most used of all is by using the desire, which has a natural tendency to persuade its owner to evil (ammaratun bis su’). He knows exactly about the tendency of our desire, and tries relentlessly so that we trespass the path that Allah has set for us to walk upon, including by stripping the muslim women from their hijab (cover) or muslim clothing. And here are their steps to accomplish it:

I. Depriving the Definition of Hijab

In this stage, satan whispers to women that any kind of clothes is included as hijab (cover) and it has nothing to do with religion, it is just clothes or fashion to adorn women. Thus, there’s no such thing as clothes according to shari’a, since any clothes are merely clothes, no matter what form or name it takes.

As a result, when the time or culture changed, there’s nothing wrong with the evolution of clothes. Likewise, when one moves to another country, the said person should adjust herself to the clothing style of the local people, whatever kind of clothes they wear.

The case is different if the woman has faith that hijab is the clothes that has been arranged in shari’a (i.e., Islamic identity) and to wear it means to worship, and not just as fashion. No matter where or what time does she live, she’ll maintain her hijab according to shari’a rules.
If a woman is still firm on her principle of hijab, then satan will move to the more subtle trick.

It is probably common the palms to be uncovered, thus satan whispers to women to upgrade their style, that is, by uncovering the forearm (from the elbow to the palm), saying that, “See, it is alright, don’t you still wear the head cover and the long dress?”. And he is right, the women finally starts to wear the new model of clothes that exposes her forearm, and in fact, the men who see it respond normally to the change, prompting satan to whispers some more, “See, see, it is fine, right?”

After the uncovering of hand have been a habit, then satan comes again to whispers anew, “Now that it is normal to uncover your hand, you need to make a more modern fashion style, by uncovering your upper bosom?” But, do not call it as revealing clothes, it is just slightly opened to let some airs around, so that you wont feel too much heat. Try it! People wont bother cause only a small part that’ll be exposed.

Thus, women begins to wear the new model of clothes that is opened on its neck and upper bosom, ranging from the half-circle to “V” shaped, the latter of which certainly exposes the more sensitive part women’ bosom.

Next, satan whispers some more, saying that, “Why do you stay on just one, boring style of clothes? Find another design or fabric that is better!”. The woman says, “But what is it?”. Satan replies, giving a new idea, “There are many kind of designs and thinner fabrics, then shape it to be more skin tight so that it’ll look better! “

Then the tempted women tries to find the style of clothes that is tight, with sheer, or even transparent fabric. She defends her style that, “It is alright, since it is still a long dress, only the fabric and the style that slightly changed to make it more feminine-look.” As the result, the clothes starts to spread among muslim women, and goes more and more tight and transparent with time, hence they become the women whom the Prophet mentioned as “kasiyay ‘ariyat” (clothed, yet naked).

After the muslim women get used to wear tight clothing, satan comes again. As usual, he offers a new idea that seems as fresh and attractive. He whispers, “Your clothes seems to trouble you when you walk or sit, its tight, you see. Don’t you think its better to split it up to your knee or near your thigh? You’ll be more free to move, and look lively and energetic.”

The woman tries the new idea, and its true, that by splitting the skirt to her knee or near her thigh, her clothes feels more comfortable to wear, particularly when she attempts to sit or get in a car. She says, “Well, I think its alright to be slightly uncovered, as long as I enjoy it.”

These are the first step of how satan ruin the muslim women, and in this stage, their clothes are still long and intact, only the style, feature, type, and materials that are made different from the true hijab according to shari’a. Then satan starts to begin his next step.

Now satan commences his step with another new and more powerful trick, in order to make the women uncover their awrah (private body parts).

Firstly, Uncovering the Sole and Heel

Satan whispers to the women, “A long dress is very troubling, it is not enough to just split it slightly, it is better to cut it to above the ankle.”

Now this is a little more loose. But! There’s something else, if you wear this clothes, then a large veil (head scarf) is a mismatch, try finding a smaller veil so that it’ll be fitter and stylish; don’t worry, people though will still name it veil after all.”

Thus, the women who are swayed by this whisper immediately try to find the said model of clothes. Plus the high heels, which, when being worn, causes a loud sound that attracts people’s attention.

Secondly, Uncovering one fourth to half of the calves

Now that uncovering the soles is something that the women are accustomed to, and people who see it do not really care about it, then comes the satan to whisper, “Well, it turns out that many people like what you’ve done, see, they do not give any negative respond except for a few people. If you still feel your steps are restricted, try finding another better style, isn’t the half-length skirts are the hot items now? Do not make it too short, pick the one that expose just about 10 cm long.” Later, when you get use to it, you can find the new one which is just half of your calves long.”

Indeed, it is the satan’s whispers and her desire that become her private advisor, thus, she’ll obediently follow whatever they say. By that, she becomes accustomed to wear clothes that reveal half of her calves wherever she goes.

Now, in the eyes of the woman, the time has truly changed, and satan has successfully turned her clear mind upside down. Sometimes the woman thinks, isn’t what she do deviate from the way of the noble women of the Prophet’s time? But the satan and her desire quickly deflect it, saying that, “Of course not, now the time has changed, in the past, the men raised their clothes to half of their calves, so the women had to differentiate themselves from men by lengthening their clothes below their ankles, now that many of the men wear longer clothes that surpasses their ankle, women should differentiate themselves from men by lifting their clothes up to the calves, or more, if needed, to expose their entire calves.”

But….wont it be too tempting for men?” She muttered. “Well, tempting? That’s in the past, when men detested if women exposed their private parts, thus women preferred to stay at hime most of the time and wore fully covering garments. But now in the new age, men like to see the uncovered body of women, even applauding them, “ooh” or “wow”-ing them, thus, exposing body parts is no longer considered as temptation or trial, since both parties are willing to it? Just look at the current fashion style everywhere, be it in the street vendor, or the famous brand such as Christian Dior, all offer clothes that are designed for the modern women of today. If you do not wear it, you’ll be called old-fashioned.”

And by that, she begins to get used to wear clothes that expose her entire calves, not to mention that many women also wear it and just a few among them who make fuss about it. Now it’s the time for satan to launch the last of his tricks to tear away the hijab from muslim women.

After the calves-revealing clothes became her daily clothes, and it feels normal, now satan comes with another whisper, “You need to vary your clothes, do not be content with just one style! The newest trend is the mini skirt, and to match it, you should uncover your hair, it’ll look very fine.”

Thus, she finally wear the mini skirt that exposes the lower part of her thigh, with various kind of shirt, some with open sleeve, some with low cut in the front and back parts, and many other styles, all are short and minis. She even have very diverse clothing collection, from party clothes, traveling clothes, office clothes, formal clothes, night gowns, evening gowns, summer collection, winter collection, and so on, not to mention the hot pants. She also had tried many kinds of hair style and color.

And so, everything that seems to be impossible to do, become all possible and easier to be accepted by other people, when satan has adorned it with his tricks.

And thus, one day, and idea pops on her head to bath on the swimming pool, or the beach, where all ladies wear similar clothes that only covering two most private parts of their body, the breasts and the genital. They all wear the thing named bikini. Just because all of them wear it, she has to wear it too, and so, satan has managed to achieve his goal to strip the clothes off from the women. And now it is up to you, o women, you’re all the same, you’re all naked in public, in front of men. I take no responsibility if later you’re all be together in Hell. I was just showing you the way, and its you alone who did it all, thus bear your sin alone!” Satan is absolutely unwilling to take the risk of it.

That is the subtle way of satan to lead human being to commit sin unawarely. Therefore, all of us, particularly the parents, should take an action as soon as we see there’s a sign of deviation among our daughters and sisters, no matter how small it is. Do not let it go further and further, because when it had became a habit, it’ll be very hard for us to overcome it.

To let them expose their awrah means we let them receive Allah’s curse, thus, pity them, save the muslim women, do not let them fall into their doom, in the world and in the hereafter. And Allah knows best. 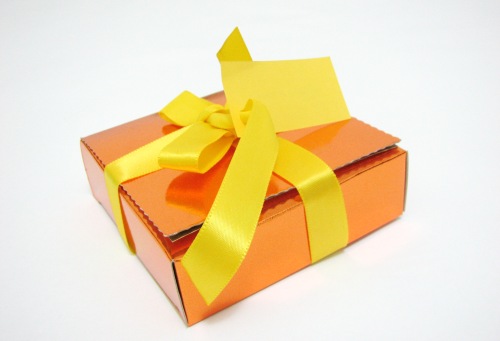 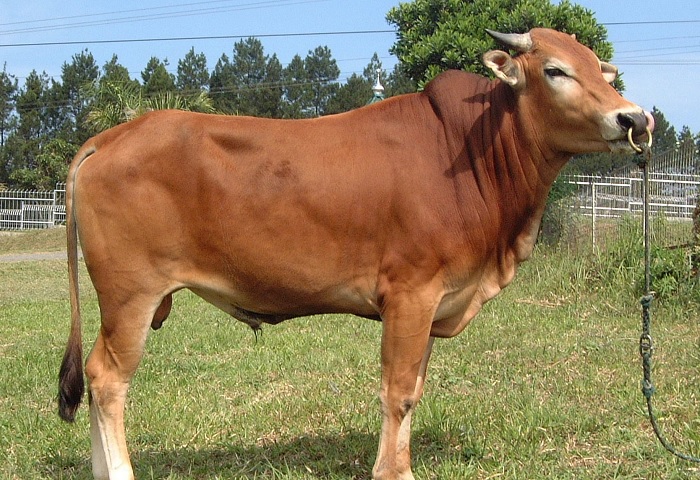 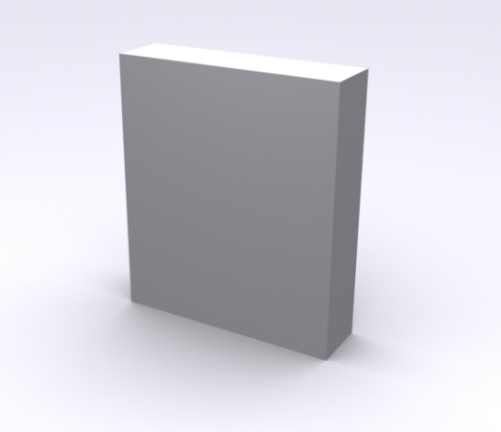 Ruling on Online Business of E-Book Affiliation in Islam