The Greatest Worship in History

Living in the world is temporary. Thus, it is very nice if we’re able to be a truly noble slave of Allah, as we are not created to this world except for the goal of worshipping Allah the Glorified and Exalted alone.

“I created the jinn and humans for nothing else but that they may serve Me; “(Adz-Dzariyat : 56)

If we already knew that our goal in this life is only to worship Allah the Glorified and Exalted alone, then we ought to spare enough time to worship Him.

There are many kinds of worship. Then what is the greatest worship in the history?

Is it the prayer? Or giving alms? Being dutiful to both parent? Or other ?

Allah the Glorified and Exalted ordered all human being inside of the Qur’an through His decree,

“O mankind, serve your Lord Who has created you as well as those before you; do so that you are saved. ” (Al-Baqarah/The Cow : 21)

What is the meaning of “U’buduu/serve your Lord?” In this verse?

ibn Abbas -may Allah be pleased with him- said,

“Every word inside of the Qur’an which bears the meaning of ‘worship’ means tawheed (worshipping Allah alone ).” [1]

Hence, now we know altogether that the greatest worship is tawheed (making Allah the only one to be worshipped).

What is the meaning of tawheed?

In Arabic, “tawheed” means making something into a single thing. Whereas in Islam, tawheed means submitting all kinds of worship to Allah alone and doesn’t set a rival or associate to him.

“Yet all that they had been commanded was that they serve Allah, with utter sincerity, devoting themselves exclusively to Him, and that they establish Prayer and pay Zakah. That is the Right Faith.” (Al-Bayyinah/The Clear Proof : 5)

What’s the Urgency of Tawheed?

The scholars made an analogy of tawheed as a foundation or the ground base of a building. If the foundation is weak, it is futile to build a tall building, since it’ll slowly but sure demolish. It is different with a strongly based building, because no matter how tall it’ll be built, it’ll stand still.

Imam Ibn al Qayyim -may Allah have mercy on him- said, “Whoever wishes to build a tall building, the thing that he must do it to strengthen and reinforce its ground, with a close superveillance. Because the height of the building will depend on the strength and the sturdiness of its ground.

Supposed that all good deeds and ranks is a building, then its foundation is the faith… People with knowledge will try to strengthen and reinforce the foundation of his building. As for the ignorant, (he will always) try to enhance his building without noticing its foundation, thus, it is highly likely that the building will collapse.” [2]

Therefore, Allah the Glorified and Exalted decreed inside of the Qur’an:

“Is he, then, who has erected his structure on the fear of Allah and His good pleasure better, or he who erects his structure on the brink of a crumbling bank, so that it crumbles down with him into the Hell-Fire? Allah does not bestow His Guidance on the wrong-doing folk.” (At-Taubah/The Repentance  : 109)

Allah the Glorified and Exalted made a parable inside the Qur’an of a man who holds firm to tawheed and the sentence of “Laa ilaaha illallaah”, with a tree with a strong root and towering, sturdy trunk, that yields its fruit all the time. It is different with people without tawheed, since Allah the Glorified and Exalted compared him to an evil tree.

“Do you not see how Allah has given the example of a good word? It is like a good tree, whose root is firmly fixed, and whose branches reach the sky, ever yielding its fruit in every season with the leave of its Lord. Allah gives examples for mankind that they may take heed. And the example of an evil word is that of an evil tree, uprooted from the surface of the earth, wholly unable to endure.” (Ibrahim : 24-26)

That is the parable of people with and without tawheed.

After reading the explanation above, as a faithful believer, we should not underestimate the tawheed, or stop to invite people to it, to worship Allah alone, Glorified and Exalted be He.

Nowadays, many of the muslims are blinded by the world and the misleading ideologies and concepts, thus they think taht there is no need to learn about tawheed anymore. Subhanallah, who could guarantee for them that they are free to feel safe from committing the sin of shirk, the opposite of tawheed?

Subhanallah, this is the du’a that the Prophet Muhammad -peace and prayer of Allah be upon him- taught us in order to avoid shirk.

Upon explaining this hadith, the scholars mentioned that it is possible for a person to commit shirk while he doesn’t realize it or know about it. And Allah knows best.

“Indeed, the thing that I fear the most to befall you is the minor shirk.’ We (the companions) said, ‘O Messenger of Allah! What is the minor shirk?’. He replied, ‘It is riya’. Indeed, Alah the Glorified and Exalted declared in the where human’s deeds will be recompensed, ‘Go to the people whom you showed off your deed in the world to! And look whether you’ll get the reward?”[4]

Who among us that is better than Prophet Ibrahim -peace be upon him-?

He -peace be upon him- was very afraid that he’ll fall into committing shirk, that he prayed with the du’a which Allah has eternalized inside of the Qur’an:

“And call to mind when Abraham prayed: “My Lord! Make this city secure, and keep me and my sons away from worshipping the idols.” (Ibrahim : 35)

Therefore, we should be much more afraid then them that we’ll fall into shirk. However, majority of the muslims have underestimated this reality, for example, what do you think of people who wears an amulet on his hand, neck, or body?

Many people today, upon encountering his brother wearing an amulet on his hand to achieve a healing from certain disease or other thing, they do not deny it. However, when they happened to see their brother committing adultery and murder, they will vehemently reproach and exaggerate it.

I do not say that adultery is a small sin, and indeed, it is one of the major sins and we’re obliged to take heed and stay away from it. However, wearing an amulet as bracelet is a more severe and despicable sin. Because among the beliefs of ahl sunnah wal jama’a, a perpetrator of major sin who is still believe in tawheed will not live in Hell in eternity. Instead, he’ll be under Allah’s will. If Allah wants to forgive him, He’ll forgive him. And if He wants to punish him, He’ll punish him.

Whereas the wearer of halqah (amulet bracelet) for medicinal aim, has committed shirk, be it a minor or major shir.

If he uses it believing that it is just a reason to heal his disease, then it is considered as minor shirk.

Whereas if he wears the bracelet believing that it could heal him by itself, then this belief is of major shirk. The perpetrator will live forever in Hell if he dies while still holding onto such belief. Na`udzu billahi min dzaalik.

It is just one example from our society. There are many other examples regarding this sad reality.

Therefore, if we take a look at the enjoin of all of the messengers, we’ll find that all of them enjoined people to tawheed, i.e., for the people to worship Allah alone – Glorified and Exalted be He.

“We raised a Messenger in every community (to tell them): “Serve Allah and shun the Evil One. ” (An-Nahl/The Bee : 36)

“(Tell them clearly that) it was revealed to you and to all Prophets before you: “If you associate any others with Allah in His Divinity, your works will surely come to naught and you will certainly be among the losers.” (Az-Zumar/The Troops : 65)

The example that the muslims should follow is our own Prophet, Prophet Muhammad -peace and prayer of Allah be upon him-. He never ceased to enjoin the tawheed while he himself is a muwahhid (people who believes and practices tawheed, -ed). He never forgot to enjoin the tawheed even though he was surrounded by the polytheists in Mecca.

He also never ceased to speak about it, although he already lived in Medina and among his companions who would always come to his aid.

Therefore, although this ummah has reached the level of perfection in regard to their awareness to make their Lord the One, as human, weakness and flaws will surely happen.

The most evil of flaws is weakness in sincerity and in underestimating tawheed. Thus, the Messenger of Allah -peace and prayer of Allah be upon him- never stopped to warn people of the danger of shirk, to the last days of his life, while the muslims at that time had reached the highest level in tawheed, in worshipping Allah alone and in their unity among them.

“It is narrated from ‘Aisha -may Allah be pleased with her- that The Messenger of Allah -peace and prayer of Allah be upon him- said during his ill state that caused his death, “May Allah curse the jews and the christians, for they have made the graves of their prophets into mosque (place for worship, -ed).” [5]

Subhanallah! That was our Prophet -peace and prayer of Allah be upon him-; he was very afraid for his followers to fall into shirk after his death.

By these explanations, hopefully, we can all realize the importance of studying the science of tawheed. Therefore, for any readers who’d like to study tawheed from the beginning, I suggest you to read the following books:

‘Kitab At-Tauhid’ and the book Tiga Landasan Utama’ by Syaikh Muhammad At-Tamimi along with its explanation.

And it’all be better if we’re able to memorize the indications.

May this article benefit us all and may we be able to be Allah’s slave who worship Him with this greatest worship. Amin.

Finished, with His favor and generosity.

[3] Narrated Al-Bukhari in Adabul-Mufrad no. 716. It is classified by Sheikh Al-Albani in Shahih Adabil-Mufrad.

[4] Narrated by Ahmad di Musnadnya no. 23630 and others. It is classified valid by Sheikh Syu’aib. 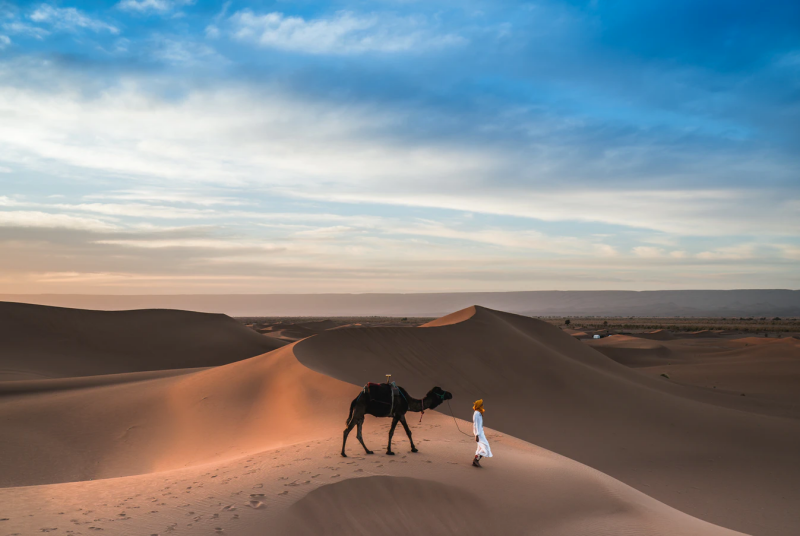 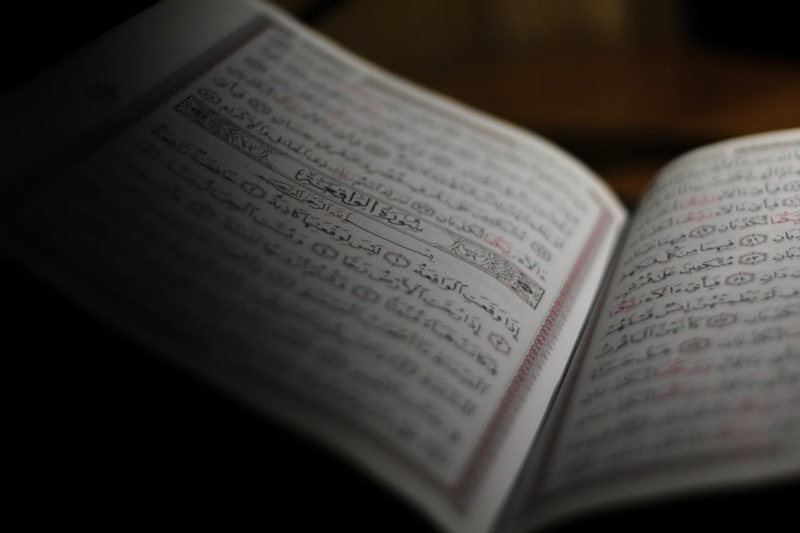 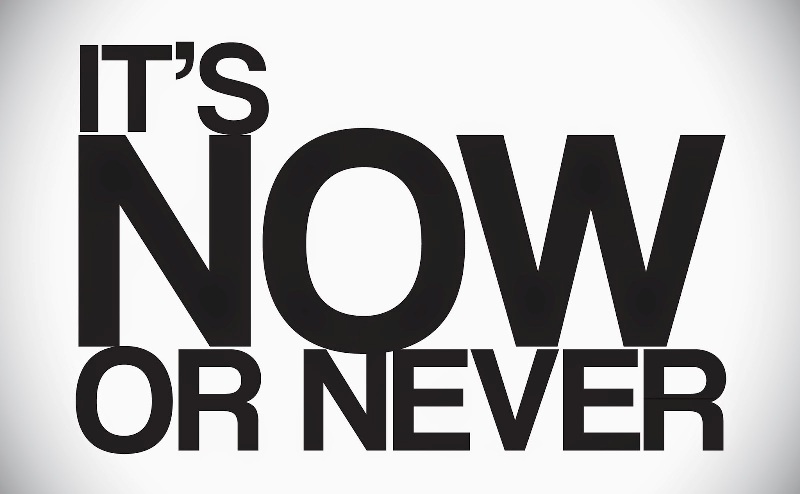