“Gift to the employee is ghulul (properties taken from betrayal of trust , corruption)” (Recorded by Ahmad no. 23601)

From ‘Adi Ibn ‘Amirah al Kindi, (he said that) I heard The Apostle of Allah Shallallaahu’alayh wa Sallaam said, ” Whoever amongst you who are trusted by a job, then he did not deliver a needle or things which are more valuable than that to us, that property will be carried by him on Day of Resurrection as ghulul (corrupted property)” (Collected by Muslim, no. 4848).

In the authority of Abdullah Ibn Buraidah, from his father, Buraidah, (he stated that) The Prophet Shallallaahu’alayh wa Sallam said,

“Whoever person we employed, and we had paid the wages, then all properties that he got out of his wages (from that work, trans. ) are considered as ghulul (corrupted properties).” (Collected by Abu Daud, no. 2943, In Kaifa pg. 11, Sheikh Abdul Muhsin al Abbad said, ‘Narrated by Abu Daud with an authentic chain, and the status is saheeh according to al Albani) 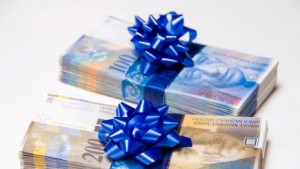 From Musa Ibn ‘Uqba; when ‘Iyadh Ibn Ghanam was appointed as the governor of Himsh, in the period of Umar Ibn Khattab, some people of his kith and kin intended to ask for his help came to see him. Iyadh welcomed them cheerily, prepared accommodation for them, and did his best to serve them. They stayed for a few days. After that, they finally told that they came to ask for his help. They also revealed their difficulties along their journey to see him, hoping that they could get some help. Then, Iyadh gave each of them 10 dinars, and they were five persons. But they returned the 10 dinars, angrily, and they spoke ill of Iyadh.

Iyadh replied, “O sons of my uncle, by Allah, I am not refusing the family ties among us. And I realized that you have the rights to get my help, also considering the distance you have travelled to get here. But I do not have anything but ones I’ve given to you. More than that, then I have to sell my slave and my properties. So please be kind to understand my condition”

They replied, “By Allah, we can not understand your reason, since you are the Ruler of the half of sham (the territory now comprises Syria, Jordan, Palestine, and Lebanon, trans.). How can you are incapable to grant us enough money to get home?”

He strictly answered, “Are you telling me to steal a property of Allah?!

“By Allah, even if my body were slaughtered by a saw, it will be dearer to me than I have to commit betraying by taking country’s property, even for 1 fulus (the smallest of their currency), or I commit transgression.”

They said, “We already understand your financial condition. As an exchange, give us position on your will. We will work as the other employees and we will get wages as they get. You have known us better, we will not misuse the power you’ve given to us.”

Then he again replied, “Verily, I really want to do kindness and give good service to others. But what if a news reached Umar that I granted positions to my family. He must be accused me of wrongdoing.”

They said, “Wasn’t Abu Ubaida who had appointed you, and you are his close family, and in fact, Umar had agreed of your appointment? If you appoint us, then Umar must be agree too”.

He answered, ” I am not the same as Abu Ubaida in the sight of Umar.” Finally, they went away by speaking ill of Iyadh (Shifat al Shofwah, written by Ibn Al Jauzi 1/669-670, published by Dar al Ma’rifah Beirut).

He is ‘Iyadh Ibn Ghanam Ibn Zuhair. He embraced Islam before the contract of Hudaibiya. He saw the event of Hudaibiyya with His Messenger. When Abu Ubaida was close to his death, he appointed ‘Iyadh to replace his position and Umar agreed his decision.

He was a person who love to spend in charities. Once, one reported to Umar about his condition and accused him of royal in spending wealth, so that Iyadh will be fired. By that report, Umar simply replied, “He was just being kind with his wealth. But if he held the property of Allah (country’s money) he will never give it even a little to anybody. I will not fired the one appointed by Abu Ubaida”. The story above just explained the truth of what Umar Ibn Khattab had said.

Iyadh died without leaving any fortunes behind. He died in the year of 20 H, in the age of 60.

That was an example of the carefulness of companions against corruption, a very rare attitude to be found today.

It is true, what our Prophet had told us:

In the authority Abu Huraira, the Prophet said, “Human will meet a time, when one do not care anymore, whether he got his wealth from a legal, or illegal source.” (Collected by Bukharee, no. 2083)

According to Sheikh Abdul Muhsin al Abbad, the people who care less over the legal or illegal status of a wealth hold a principle, which stated that every reachable wealth is legal. And every unreachable one is illegal. While in Islam, legal are ones legalize by Allah and His Messenger, and vice versa, illegal are ones made illegal by Allah and His Apostle. (Kaifa Yu-addi al Muwazhzhaf al Amanah, pg. 10).

“Indeed, the first part of human body to decay is the stomach. Thus, whoever capable of limiting his foods to the legal ones, then do it.” (Collected by Bukharee, no. 6733, in the authority of Jundan Ibn Abdillah).