The common characteristic found in human is that they are fond to save, or to pile up wealth and properties. But rarely that they aware, the true possession of them are ones spent in well-causes.

Lots of people are in haste to seek money and save it to be used when they reach old age. Basically, this motive is absolutely legal, as long as they gain it through legal ways and fulfill their obligations upon it, such as paying the zakat (obligational charities) and spending for their family necessities. 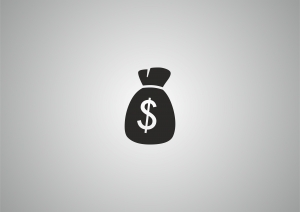 But there is a much better saving than that, that is their righteous deeds in any forms of it, in order to seek the salvation in the Last Day. A day where wealth, kids, and authorities will be of no use. It is undeniable that wealth has a power to dazzle those who loves it and blinded them, thus they believe that wealth is everything in this world.

No wonder that some of them choose to earn money from illegal ways in shari’a, such as by corrupting, stealing, and deceitful works. Whereas it could be seen that how many of people who work but they are unable to enjoy their rewards, and it is commonly known that there are people who piled up their wealth but before they could enjoy it, they are already perished thus their wealth should be passed down to their heirs. This kind of people will be the looser, worldly and in hereafter, if they do not have any goodness to be counted. Pity and miserable be them.

Look Brother, because she gave drink to a thirsty animal, she was forgiven by Allah the Exalted and Glorified. Thus, one who give drinks to mankind, whether by digging a well, or opening a trench and the like, shall get an enormous rewards from Allah -Exalted and Glorified be He-. As what mentioned by The Prophet – peace and blessings of Allah be upon him (which means): ” Seven (things) which rewards will keep on flowing to a slave while he is in his grave after his death: (those are) one who teach the knowledge (to people- transl.), or flowing the river, or digging a well, or planting a date-palm tree, or building a masjid, or inheriting (leaving behind) mushaf (the copy of Qur’an) or leaving behind children who beg for him to be forgiven after his death.” (Narrated by Al Bazzar and classed Hasan (good) by Al Albaani, -may Allah have mercy on him- in Sahih Al Jami’, no. 3602)

And in a hadith:

“A man passed by a branch of a tree on the road, and he said: By Allâh, I shall remove this for the Muslims so that it will not harm them.’ And he was admitted to Paradise.” (Narrated by Muslim, ‘Riyadhus Salihin’ in chapter Explanation of plenty of ways of doing goodness).

Think about that hadith, how the man was admitted to Paradise because he did the lowest part of faith, which is removing harms from the street. What do you think the reward of those who does better than that?

The point is, the ways to do good are enormously vast, thus, if we are incapable of one deed, there are still many ways to go. And sometimes, one belittles a deed, while actually, it is a large one in Allah’s side, -may He be Exalted and Glorified. The most important matter to remind is that the reward in Hereafter is incomparable to any joy of the world. The Prophet -peace and blessings of Allah be upon him- said in his hadith:

“Two Rak’ah of Fajr prayer are better than this world and everything in it.” (Narrated by Muslim from ‘Aisha -may Allah be pleased with her)

The voluntary prayer before the subh prayer is better than this world and everything in it, because whatever deeds performed in the cause of Allah will lasts forever. While everything in this world, is perishable, no matter how much of it.

Generally, we believe that what we save is our true possession, while the truth is, our possession is what we serve in the cause of Allah. The Prophet -peace and blessings of Allah be upon him- said:

“Who among you considers the wealth of his heirs dearer to him than his own wealth?” They (the Companions) replied, “O Allâh’s Messenger! There is none among us but loves his own wealth more.” The Prophet -peace and blessings of Allah be upon him- said, “So, his wealth is whatever he spends (in Allâh’s Cause) during his life (on good deeds) while the wealth of his heirs is whatever he leaves after his death.” (Narrated by Al Bukhari)

Ibn Baththal -may Allah have mercy on him- said: “In this hadith there is a clear recommendation to spend what one could spend from his wealth in Allah’s causes and in goodness. Thus he will be able to harvest it’s benefits in the Hereafter. Because whatever left by someone, will be the possession of his heirs. If the heir spend it to serve Allah’s cause, then he (the heir) will be the only one to be rewarded by his deed. While the one who inherit it will only get the tired of (gathering) it…” (Fath Al Baari, 11/260)

Which meaning is, whatever you spend in charity is the the one that will be eternally saved in the side of Allah the Exalted and Glorified, and whatever left (have not been spent in charity) will not be lasted in His side. 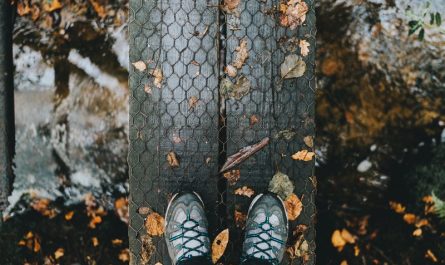 Safer Accounts and Investments than Banking