Ustadz, some times ago it was discussed in the mailing list of Pengusaha Muslim (Muslim Entrepreneur) about the Civet coffee.

The problem is, the civet coffee is a coffee that was processed from coffee beans that have been eaten and passed through the alimentary tract of the mongoose, in another words, we might say that the coffee is the processed coffee from the fecal material of the mongoose (the coffee beans were still intact when it came out from the digestive tract of that mongoose, thus it wasn’t shaped as feces.)

Below is an information that we took from the internet:

Civet coffee is a type of coffee made from coffee beans that have been eaten and processed in the digestive tract of a mongoose. It’s popularity has been very well known. Even in the United States of America, there are cafes or stalls that sell this civet coffee with a quite high price. The mongoose indeed loves to find good fruits including coffee bean as it’s food.

Coffee beans from the best of coffee fruit is the favorite of this mongoose, and after it ate the beans, it will defecate and pass the beans -which previously has been fermented in digestive tract of that mongoose- together with it.

In the past time, these coffee beans used to be hunted by the farmers since it was believed that it came from the best coffee beans and was naturally fermented. Some believe that the taste of this coffee is truly different and special, as known among the connoisseurs of coffee.

The questions here are:

May Allah bestow His bless on you.

May Allah reward you with kindness for your knowledge and time given to us.

All praises be to Allah, peace and prayer may always be bestowed upon Prophet Muhammad, his family, and his companions.

“Before the establishment of masjid nabawi, the Prophet -peace and prayer of Allah be upon him- prayed in the goat’s cage.” (Muttafaqun’alaihi)

The meaning of this hadith is also strengthened by the understanding of the hadith below:

“Some people from the tribe of ‘Ukl and Uraina stopped by at Medina, not long after that they suffered bloated and swelled stomach because they couldn’t stand the weather of Medina. Seeing the condition of his guests, the Prophet -peace and prayer of Allah be upon him- ordered them to come to the camels of the Prophet outside Medina, and drink from the urine and milk of those camels. “ (Muttafaqun ‘alaih)

If the camel’s urine is an impurity, it is impossible that the Prophet would ordered them to treat themselves by drinking it’s urine.

Based on this explanation, we can conclude that the civet coffee is lawful and not an impure thing. That is because the mongoose is not a beast, since it doesn’t attack human. Mongoose is a herbivore which consumes fruits. There are no specific indication that state the forbidden state of this mongoose. Thus, the feces of mongoose is pure,and the coffee bean that come out together with it’s feces is also pure, moreover if the coffee beans have been washed and processed from the feces before it’s usage. Thus there are no reason to forbid it. And Allah knows best.

[Is a mongoose a beast?]

The following is the explanation of Ustadz Muhammad Arifin about the criteria of beast, as a reply for en email sent by Mrs. Halima below:

Based on an article that I’ve read in wikipedia:
“Mongoose/weasel (Paradoxurus Hermaphrodirus) is considered as a beast and a carnivore (meat eater). Besides, it is also fond of fruits, such as banana, papaya, guava, and coffee. Since it is a meat eater, it tends to act as an cannibal if it is grouped with smaller weasels, thus the cage should be separated.”

The picture that I saw resembled a cat with little canine and claws on it’s feet. Thus, I think that mongoose/weasel is included in forbidden animals.

Pardon me for any inconvenience.

Considering this comment, we need to make some corrections, that the existence of canine tooth and the act of consuming meat or smaller weasels, do not change it’s original ruling. Because the forbidden one is the beast with canine tooth. Whereas weasel is not a beast. Because the strongest definition of beast is an animal that attack human being, for example tiger, bear, lion, wolf, and the like.

Thus, the meat of hyena is permitted to be consumed, because hyenas do not attack men, although it is a carnivore.

“From Ibn Abi’ Ammar, he said: I’ve ever asked Jabir about hyena, is it considered as animals that might be hunted?” He replied, “Yes.” Again I emphasized my point by saying, “May I eat it?”. He replied, “Yes.” I asked him, “Have this been informed by the messenger of Allah -peace and prayer of Allah be upon him- ?” He answered again, “Yes.” (Narrated by Tirmidhi, Ibn Maja, and it is classed sahih by some scholars, among them was Al Albani).

And it suits another hadith, in which the Prophet -peace and prayer of Allah be upon him- strictly stated the law of hyena:

“From Jabir Ibn Abdillah, he told: ‘I’ve ever asked the messenger of Allah -peace and prayer of Allah be upon him- about hyena, He replied: ‘Hyena is a hunted animal, and if one in his ihram’s state hunted it, he is obliged to pay expiation for his transgression by slaughtering a sheep.” (Narrated by Ahmad, Abu Dawud, and others.)

“It is narrated from Abi Tsa’labah Al Khusyani that the messenger of Allah -peace and prayer of Allah be upon him- forbade us to consume every beast with strong canine.” (Muttafaqun ‘alaih)

In this hadith, it is clearly mentioned that the forbidden animals to consume should fulfill two criteria:

It is considered as a beast, and the strongest and the best definition of beast is every animal that usually attack human being, not merely a carnivore.
It possesses strong canine teeth.

In summary, mongoose is not a forbidden animal, because it doesn’t fulfill the above criteria, thus it’s meat is lawful to be consumed, and if it’s meat is lawful, it’s feces is not considered as impurity; as the case of the feces of goats, camels, and the like. 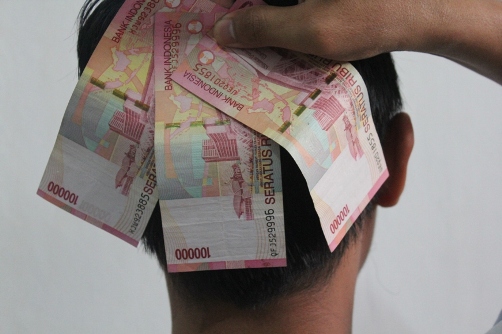 What legalizes the gift for the employee