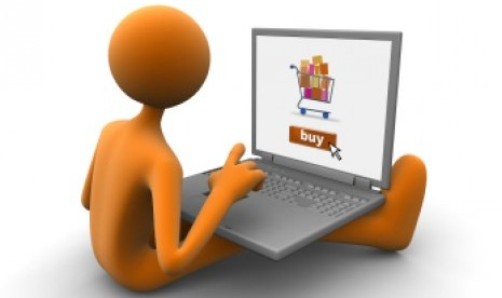 What Online Businessman Must Know

Below are several basic principles that an online businessman need to know.

The contract deal between a seller and a buyer to sell and to buy goods is the transaction itself, even though the money or the goods are not being handed over yet.

Second: The existence of goods or money

Therefore, a kind of transaction where both money and goods come late, only preceded by the deal or transaction beforehand is an unlawful transaction. Such transaction is also called as debt transaction or simply debt. It is forbidden because it is included in what-so-called ” bai’ ma’dum bil ma’dum”, i.e., selling and buying or exchanging something that is still non-exist with another non-exist thing.

Ibn al Qayyim said, “There is a hadith that forbids a deal or transaction of kali’ bil kali’. What means by kali’ is something postponed, not being handed yet. For example, a person ordered some goods with a postponed payment, which means that both the money and the goods would be handed over later. This is a forbidden transaction, and its unlawful state is agreed by all scholars.” (See: I’lam Muwaqqi’in 2/8).

We are not allowed to sell goods until we fulfill two criteria: 1) We have owned it. 2) We have concluded a handover of goods with the first buyer. Thus, the goods are 100% belong to us.

From ‘Amr Ibn Shuhaib, from his father, from his grandfather, Abdullah Ibn Amr Ibn al Ash, the Messenger of Allah forbade any debt that was mixed with selling and buying transaction, the ‘inah transaction, selling the goods that is not his own, and any profit without possibility of loss.”(Narrated by Abu Daud, etc, the status is valid).

The Prophet said, “Whoever buys any food or foodstuff, he shouldn’t resell it until there is qabdh.” (Narrated by Bukhari and Muslim, from Ibn Umar).

Indeed, the Messenger of Allah forbade reselling transaction of goods at the place where it was bought until the merchant bring their goods to their own vehicle.” (Narrated by Abu Daud).

There are three reasons why it is forbidden to sell goods before a handover with the first buyer.

Firstly, it would trigger an uncomfortable feeling in the first buyer. It could happen when he saw that we could resell his goods with a greater profit than his profit, while the goods were still there at his place.

Secondly, it would bring a profit without any possibility of loss, and the Prophet forbade such kind of profit.

Thirdly, it contained an element of usury, as explained by Ibn Abbas:

From Ibn Abbas, the Messenger of Allah -peace and prayer of Allah be upon him- said, “Whoever buys any foodstuff, shouldn’t resell it until he has measured it.” Thawus asked Ibn Abbas about the reason why it is forbidden. Ibn Abbas replied, “”That is because the real transaction is the selling of money with money, whereas the foodstuffs are postponed. (merely served as a mask). “(Narrated by Bukhari, hadith no. 2025 and Muslim, no. 3916).

Regarding the meaning of Ibn Abbas’ saying above, Dr Musthofa Dib Bugha said,

It seems like the person sold one dirham that he used to buy the foodstuffs with two dirhams, and this is a kind of usury, that is clearly forbidden.”

Fourth, the identity of goods that are sold should be clear

Among the requirements for a transaction to be valid is that identity of the traded goods should be known.

Regarding this statement, transaction of selling and buying could be divided into several categories:

First category: Selling and buying goods that are identified by means of seeing and observing. It is certainly lawful to do.

Second category: Selling and buying goods that are identified by description and depiction (ba’i maushuf). This category could be divided further into two kinds:

– The described goods are certain goods that are already known. Such transaction is lawful, and there is the right of choice (to cancel or continue the transaction) at the time the buyer sees the goods, but it doesn’t match the description that have been given by the buyer, according to the strongest opinion (opinion of the three imam of madzhab, except Imam Ash Shafi’i. See: “Ta’liq Majid Hamawi li Matan Taqrib” page 154).

– The intended goods are not specific goods, but the goods that meet certain criteria. In another word, what is actually sold is the criteria of the goods. Such transaction is called salam transaction and it is lawful as long as the criteria are met sufficiently.

Third category: Selling and buying of certain goods, but at the time of transaction the buyer couldn’t see it, nor could he get a description about it, but there is a right of choice when the buyer have seen the goods directly. Such transaction is prohibited according to scholars of madzhab Hanbali and Shafi’i, but allowed by the scholars of madzhab Hanafi, Maliki, and by Ibn Taimiyya. (see: “Ighatsah al Jumu’ bi Tarjihat Ibn Utsaimin fil Buyu'” page 80-81].

Insha Allah, the second opinion is the stronger one in this matter.

Salam is a selling and buying transaction, in which the money comes first and the goods come later, and what sold here are criteria of the goods, and not certain goods.

Salam transaction is considered valid if it meets seven requirements:

This transaction is allowed if it met several criteria below:

Seventh, It is not allowed to sell and buy gold online

Gold and silver shouldn’t be traded online because the absolute requirement that must be met in exchanging gold or silver with money is to handover the goods physically at the place of transaction, and this is something that could not be achieved through online media.

From Ubada Ibn Shamit, the Messenger of Allah said: “Gold for gold, silver for silver, wheat for wheat, barley for barley, dates for dates, salt for salt, like for like, same for same, hand to hand. But if these commodities differ, then sell as you like, as long as it is hand to hand.”(Narrated by Muslim, hadith no, 4147).

Eighth, there are differences between the provisions of the seller who also works as the manufacturer, authorized agent, the seller who has the item and the seller who does not have the goods, i.e., simply selling goods by catalog and images